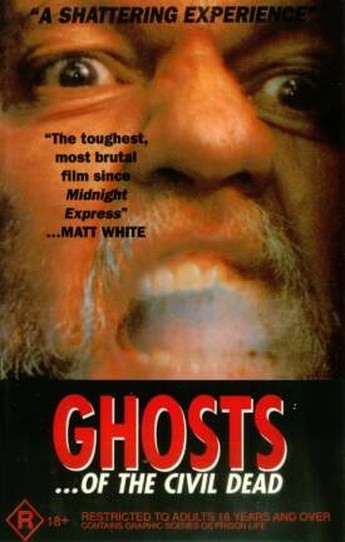 The theme here is that those in charge, both of the jails and society as a whole, don’t have any interest in rehabilitation. It serves both their purposes better to have prisoners re-offend, respectively generating more inmates and perpetuating the cycle of fear that allows them to clamp down on troublesome notions like freedom. Here, they take a penal establishment that runs adequately, albeit with the tacit collusion of guards to allow drugs in, to help keep the prisoners content, and gradually ratchet things up on both groups. A guard-killer is brought in, accompanied 24 hours a day by a cop, to stop the gaolers from taking revenge. Privileges are slowly removed. The supply of pharmaceuticals is stopped. The dregs of the system are shipped in to a facility utterly unsuited for them. It’s only a matter of time before the powder-keg so created, explodes into the violence desired.

It’s a very tense movie. There’s an enormous underlying air of repressed – or not so repressed – threat, with incidents taking place of a horrific nature, which the guards are either powerless or too unconcerned to prevent. Hillcoat certainly delivers on the grim atmosphere, and it makes sense that, two decades later, he’d direct The Road. There is a definite air of authenticity, and we wondered how many of the actors playing prisoners were drawing on their life experiences, shall we say. Probably the scariest of them all, though, is Nick Cave. It does take its own time to get there, probably overplaying the ‘tedium of prison life’ card, and is too reliant on voice-overs to explain things, which always seems a weak excuse, cinematically. That said, the point is certainly made, and if anything, is even more relevant post-9/11 than when it was made in 1988. You’ll leave with a new, cynical appreciation of the climate of terror in which we live.

What we said then: [2] Australian film, set in a prison of the near future, detailing the events leading up to a ‘lockdown’, when the prisoners are confined to their cells. Minimal dialogue, told mostly in voiceover, it’s not an easy film to watch. It’s worth the effort, though it’s completely pessimistic and brutally realistic nature makes it very different from other ‘prison’ films. Nice cameo from Nick Cave as a psycho and great stuff for paranoiacs. See it if you can.