Despite the title, the amount of actual spectral climber to be found in this is probably at the “May contain traces of…” level. Which isn’t necessarily a bad thing, especially considering the film begins with the cliched declaration about this being based on actual events. Really, given the frequency with which this has been abused by film-makers over the decades, why does anybody still bother? It never generates any more than a tired roll of the eyes from me. Though at least some effort has been made here, combining supposed archive footage of this 1980’s Estonian college expedition to the fringes of Siberia, with commentary from the survivors, and recreations of the alleged events. 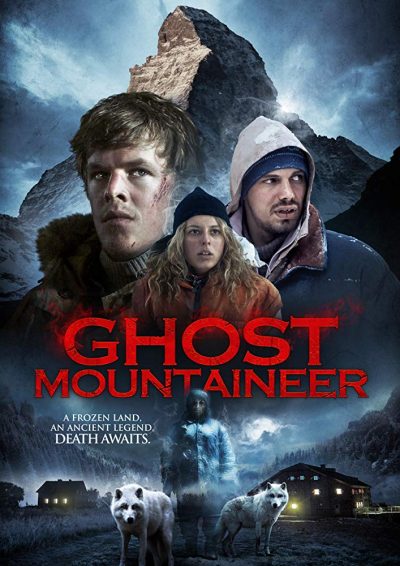 In the early stages, it looks as if battle lines are being drawn between the geologists, who are taking the trip seriously, and the biologists, who are more there for the LOLs (or whatever passed for LOLs in pre-glasnost Russia). But on the way down from the mountain, an avalanche sweeps up their leader, and the body can’t be found. They head to the nearest town, only to find themselves their explanation brings them – in particular Eero (Pius), the last man to see the victim alive – under suspicion from the local Soviet chief of police (Andreev). With their passports seized until everything is cleared up and no way out, they can only hang around the spooky settlement. It inexplicably seems largely devoid of other people, and those there are, skew increasingly towards the hostile. Then the body of their missing companion is retrieved. Only, it seems to be missing its face.

This is the first Estonian film I have reviewed here. So, there’s an element of novelty working in its favour. However, I can’t say it was particularly successful, being pulled in too many directions to do any of them much justice. The story largely grinds to a halt on the party’s arrival in the village, with only occasional nudges forward thereafter, despite the director’s increasingly frantic efforts to generate tension out of the thin mountain air. I think it either needed to arrive at that aspect sooner, or not at all – instead perhaps actually delivering more of what the title suggests. As is, the ghost mountaineer only shows up to a significant degree in a spooky story told by Eero around the campfire one night  It doesn’t help that the students have a bland sameness, which stopped me from, to be honest, giving a damn about their fate.

Liiv does occasionally generate some spooky moments, and makes good use of some quite lovely landscapes (Italy apparently standing in for the remoter parts of the former Soviet Union). Considering the protagonists went thousands of miles on the Trans-Siberian express to reach their destination, there is far too much sitting around, whether it’s half-way up a mountain or in a guesthouse in a Buryatian town. On the plus side, I do now know the location of Buryatia, having looked it up on Wikipedia during one of the slow moments.