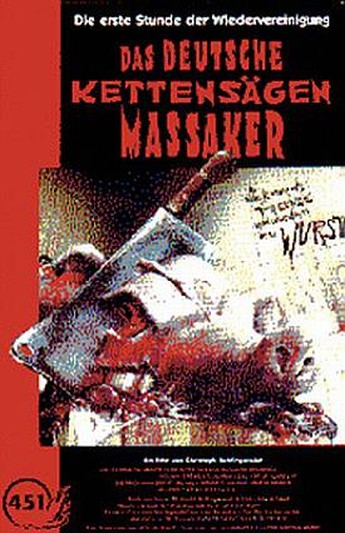 [11] Part not-very-subtle political satire, part splatter movie, set in the first days of a reunified Germany as a family of po’ white trash (if such a term is applicable to Europeans) use the flood of Eastern refugees as raw material for lunch. The director denies being a genre fan, but this mixes elements from both TCM & TCM2, then adds in Psycho and some very cheesy gore to provide an experience closer in spirit to Hooper’s original than either sequel. It’s certainly got the ham acting and the screaming heroine, plus Kier (briefly), drawing a CND logo on the wall in his own blood. According to some German critics, this is art – presumably, these are the same ones who thought Nekromantik was, too…