The original Spanish title translates as “Late for rage”, and feels rather more prosaic than the flowery English one, quoting a poem by John Dryden. Both are accurate enough; this is a film where you, as the viewer, will have to show a fair bit of patience. If you just told me the plot, I might have guessed it came from South Korea, for this is the kind of movie, depicting long-delayed personal revenge, which seems right up the alley of directors like Park Chan-wook. In this case, the revenger (if that’s a word) is Jose (de la Torre), whose girlfriend was killed and father left in a coma, following a brutal robbery. 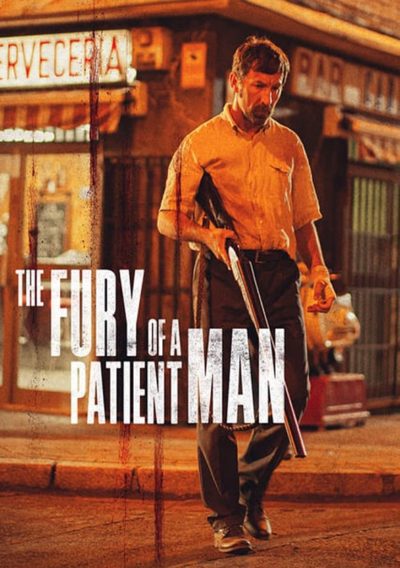 More than eight years later, he’s ready to put his plan into motion. Only one of the four thieves was ever caught: the getaway driver, Curro (Callejo), who is just about to get out of jail. Jose has been positioning himself as a regular at the cafe owned and run by the criminal’s family, but matters are complicated by his feeling for Curro’s wife, Ana (Diaz). Jose’s plan involves first getting her and her child out of harm’s way. He can then use her as leverage against Curro, making him track down the remaining members of the gang, in order to make them pay. It doesn’t hurt that Curro feels no particular loyalty to his criminal pals, feeling they abandoned him in jail.

Little of this is clear at the start, and while a tad spoilerish, the above is a useful primer, giving you a better insight into the first half-hour than the makers are willing to provide. I think it’s entirely deliberate, as if they were saying, “Look, Jose waited eight years to get his revenge. You can wait thirty minutes.” However, cinematic conventions tend to be there for the reason that they work, and you go against them at your peril. After an attention-grabbing opening sequence, with an unbroken shot of the failed getaway, this drops back into a holding pattern. It’s some time before any connection is established between Jose and the crime; if your attention had drifted elsewhere, I wouldn’t particularly blame you.

Once the revenge gets under way, things become more conventional and, I’d argue, more effective. Though even here, there’s a wilful disregard present, in a lack of escalation. You could make a case the film reaches its peak with the first instance of revenge, rather than working to a climax. There’s a relentless, building tension as Jose sits there, silently, listening to one of the perpetrators (literally!) squeaking away, before exploding into violence. In contrast, the final act unfolds entirely off-screen, denying the audience any catharsis. Is Jose now complete? Or does the old saw about digging two graves hold true? We never find out. Again, this is likely the point. Yet while a brave decision, I’d rather have something more concerned with engagement instead of alienation.