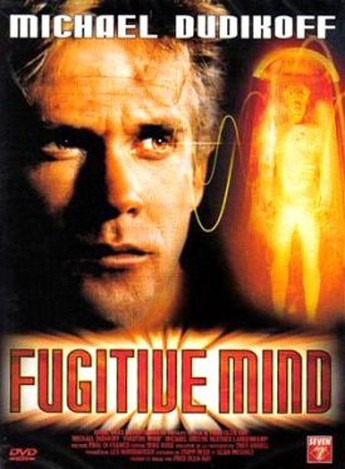 Coming over like a low-budget version of Total Recall, Dudikoff plays tech grunt Robert Dean who is employed by the high-tech corporation GenCom, and who lives at home with his lovely wife (Greene). Only, none of that is actually true: his life is an illusion implanted by the company, for whom his wife works. They kidnapped him and his friend Suzanne (Langenkamp) from a homeless shelter and using various nefarious mind-control techniques, he has been tasked with assassinating a Senator that poses a threat to the company. After his “wife” slips up, Robert realizes something is up, and the nightmares he has been suffering are actually echoes of what he is being compelled to do. He goes on the run, rescues Suzanne from the laboratory where she is being held, and tries to break open the conspiracy. Because, as well as know, the truth shall set you free…

This was originally a Canadian TV movie, and that explains why it doesn’t contain Ray’s trademark nudity. Unfortunately, this absence is not counterbalanced by anything of much interest in plot or characters: it seems that just about every aspect has been taken from a better movie. There’s mentions of human cloning, but I’m not sure exactly how that was supposed to fit into proceedings. If they’d cloned Dean, and send his clone home to replace him, it might have made things more entertaining. The cast is not bad: there are a good number of faces you’ll recognize, such as Ian Ogilvy playing A Scientist, and Dudikoff can certainly pull off the confusion necessary for his character. However, it lacks the budget or imagination to get the plot elements working together, and there’s not even a creepy sense that this might be a case of art imitating life in some way. It’s all too silly, yet done with a straight face, which drains the fun out. Fred Olen Ray and TV movies are not apparently a good match.