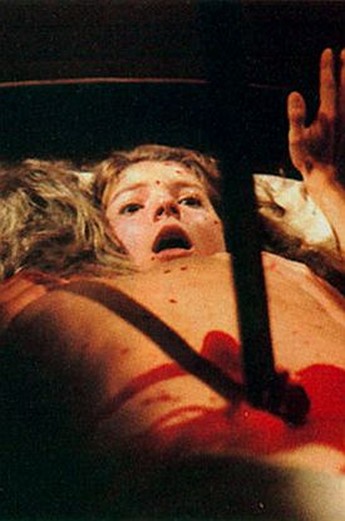 Two movies in, and still no hockey-mask, though at least Jason is the main antagonist here. Somehow, the pillow-case he wears on his head for this one, just doesn’t work. It fails to strike terror into anyone, and I was more impressed Jason didn’t spend the entire film bumping into things. He replaces his mom as the killer, and it’s never made clear how he made the leap from drowned eleven-year old kid to psychotic…well, he must be bordering on middle-aged by now, unless he didn’t age at all during twenty years in the lake. Hey, who claimed logic was this series’s strong suit? Another batch of counselors show up, just down the road from Camp Crystal Lake: however, a slight relocation isn’t enough to dissuade Jason, and as before, he shows up one stormy night to hack and slash his way through those who opted to stay there, rather than go into town. So the moral is: drinking heavily can save your life. No, wait…

I probably enjoyed this more than the original, largely because it doesn’t hang around as much. It certainly is pretty reactionary: at times, it seems all the victims had just had sex, were preparing to have sex (including squirting perfume into their panties – classy!) or engaged in morally-questionable behaviour, such as skinny-dipping. Naturally, we get to see the activities of which Jason disapproves. Additionally, the balance is skewed even more towards identifying with the killer here, given the huge volume filmed from his POV [or “Lurk-o-vision,” as we referred to it], so all told it probably is more morally dubious than its predecessor. Personally, after four seasons of Dexter, this kind of thing doesn’t seem like much, and it’s hard to get upset about it. Still the MPAA were generally unimpressed, and the R-rated version was significantly trimmed – an excised image is shown on the right. Fortunately, the film-makers also got rid of the superfluous nonsense, sticking largely to the sex and violence, and it’s much better for it.

Body count: 9 (excluding reused footage). Best kill: crippled guy gets a machete to the face, and his wheelchair hurtles down a flight of stairs. So, it’s okay to murder a paraplegic, but unlike in the first part, animals are beyond the pale?