This is, quite deliberately, a grubby and nasty entity. It opens with the following warning: “Ladies and gentlemen. The film you are about to watch is difficult viewing, and contains depictions of harsh sexual violence. Consider yourselves warned!” It’s not kidding. It begins, more or less as it means to go on, with a protracted assault that is brutal and not easy to watch. Which is exactly how rape should be portrayed, of course. The perpetrator of this, and a slew of other attacks, is Roee Tseznik (Capon), a social media junkie who uploads video of the attacks to the dark web for his “fans”. 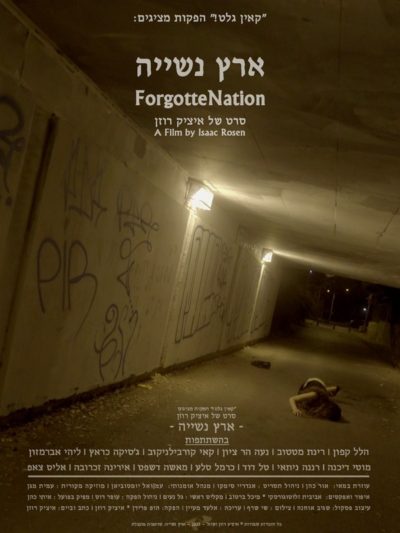 However, they’re getting bored, and for Rooe’s next target, he turns his attention to divisive reality TV star Hadas Hadjaj (Har Zion), who offers a touch of celebrity. But things are not smooth sailing. First, his stalking of her leads to her attacking him, mistaking Rooe for a paparazzi. Realizing her mistake, she buys him coffee – and the more he gets to know her, the harder it is to consider her a target. Also, he’s being hunted by FemmeX, a radical group of women vigilantes, who have dedicated their life to tracking down and punishing his kind. Rooe’s relationship with his autistic tech sidekick, Kiril (Korabelnikov) is coming under strain. Then there’s burn victim and reclusive neighbour, Simkhit (Matatov), whose agenda is far from certain, while his landlord is asking awkward questions and installing CCTV in the building.

While there’s no shortage of potentially interesting areas of exploration in the above, I think it’s a bit much to try and cram everything in. Picking a few of the threads and focusing on them more deeply could have been a better idea; as is, the film feels as if it’s spreading itself too thinly. FemmeX, for example, would seem a concept worthy of an entire film on its own; here, it gets barely five minutes of screen time, before turning up as a kind of vengeful deus ex machina at the end. There are still questions left unanswered, such as who is videoing Rooe’s attacks? It doesn’t appear to be Kiril. This is where it separates from what initially feels, in some ways, like a rapist version of Man Bites Dog, updated for the Internet era.

The other main issue is, it never manages to give the audience a hook on which it can hang their empathy. Clearly, Rooe is right out as an option, and nobody else significant manages to provide any kind of moral centre. Kiril may be the closest, yet he too drifts in and out of proceedings. Now, films can operate without a “hero”, obviously. Yet there still needs to be something relatable, or at least interesting. Otherwise, what’s the point? Rooe is just too repellent a character to succeed, almost entirely defined by his rapes. While I won’t deny there are moments here that pack a wallop, I’m less sure the cinematic end justifies the means.