This take on the modern, urban vampire genre is a little slow to get going. But when it does… It’s an impressive and gory slab of horror. You do need to hold on during the early stages. We found it a tad confusing, until we worked out it was cutting, without explanation, between “then” and “now”. The former has couple Livia (Kohoutova) and Alex (Rosset), on holiday in her native Romania. He gets mowed down in a car accident, and the medical treatment received in a local hospital involves a transfusion of contaminated blood. Back in Switzerland, Alex is preparing for an exhibition of his photographs, but finds himself… a changed man. Livia’s garlic-infused cooking makes him throw up, sunlight burns his skin, and his canines appear to be growing. 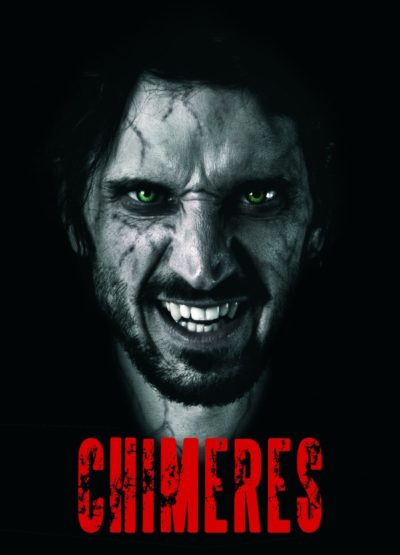 Livia has a hard time believing any of this, especially given her boyfriend’s hypochondriac tendencies. As his disease progresses, however, even she can no longer deny the reality of what’s happening to him. Experimentation proves that blood – and human blood at that – is his only viable source of sustenance. Initially, Livia offers herself up to Alex, but that’s not a sustainable solution. Eventually, he becomes a ‘vampire vigilante’, stalking the streets at night, in search of prey who, let’s be honest, won’t be missed. While his enhanced speed and strength are certainly a help in his endeavours, there are still some things which prove, shall we say, problematic. Shotguns, for example.

I don’t want to say more, because the film took an unexpected hard-left turn at this point. The mileage you get from this, may depend on how you cope with the sudden change in focus. Personally, it worked for me, and I thought Beguin handled the acceleration in pace very well, especially considering this was his feature debut. I will admit, I did spot the Macguffin which was used in the switch, and figured out its purpose well ahead of time. This didn’t spoil my enjoyment too much. It was nice to see MacColl, star of a number of Lucio Fulci zombie flicks in the eighties, as Alex’s mother – Ruggero Deodato also has a cameo, so you can tell from where the director’s influences come.

It isn’t common either, that a film begins by focusing on one character, but ends with another taking centre stage. That happens here, as it shifts from being Alex’s story, to Livia’s. The performance of Kohoutava (who looks like a slightly downtrodden version of Emmanuelle Béart) gradually becomes more important, and you appreciate her willingness to do anything for Alex, whether it’s in support of his career, or becoming his staple diet. As such, this becomes almost as much a romance fable as a horror film. It’s quite touching. By the time you reach the final shot, of the sun rising across the urban skyline, you will have to admit – in the words of the meme – this is a better love story than Twilight.