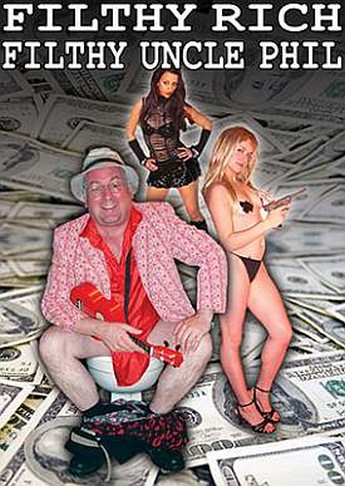 If you ever thought, “Well, I wished it had been John Waters who had directed Requiem for a Dream,” then your dreams have more or less come true. Pierce (Thomason) is beholden by his Uncle Phil (McFine), who is incredibly rich, completely depraved and delights in tormenting his nephew – for instance, tying him up and getting hookers to throw slices of cold meat at Pierce – who puts up with the abuse in the hope of cashing in with a big inheritance. When Pierce finally gets the call he’s been waiting for, he is overjoyed. Then his uncle’s lawyer, who is not really much better than his client, drops the bombshell. Yes, Pierce will inherit Phil’s money. But only if he becomes a heroin junkie for a year. The greedy Pierce, despite obvious misgivings, agrees, only to find out that it’s the start of a spiral down that will cost him his wife, job, self-respect and sphincter, and the former yuppie eventually finds himself standing on a boulevard wearing a dress with “Meat Doll” on the front, and holding a sign saying (somewhat incoherently) “Will sex for food.”

It’s certainly one of a kind, and if you can get through the first 30 mins – which seems to consist largely of Uncle Phil yelling obscenities – it develops its own unique style and atmosphere. Pierce initially seems as big an asshole as his uncle, but eventually becomes a more sympathetic character, as he hits rock-bottom and comes to terms with what a jerk he has been. On that basis, it’s actually quite a moral story (and more effective than “Just say no” as an anti-drugs piece), and it’s also surprisingly chaste, with Cartier stepping back from the levels of depravity gleefully plumbed by Waters. Instead, it plays like a cinematic negative of Easy Money, in which Rodney Dangerfield had to give up a life of vice for a year. Adding an even-more surreal touch is the ukelele-powered soundtrack, highlighted by Doctor Sparkles’ There’s a Special Place in the end credits, which reminded me of the Bastard Fairies’ We’re All Going to Hell.

Like I said: “unique” is certainly the word, though that isn’t necessarily a good thing. You absolutely need a previous tolerance for and acceptance of micro-budget cinema, to get past things like the grubby lens every time the light hits it at a certain angle, and some of the participants are definitely from the school of coarse acting. But I still found myself admiring the makers more than I probably expected. That goes for Thomason’s performance in particular, because Pierce displays a sweeping arc that takes the viewer from near-total loathing [to the point that he seems irredeemable] to genuinely giving a damn for the poor guy, as he becomes a tawdry example what he originally despised. While it’s a film you may or may not like, it’s certainly one you’ll remember.