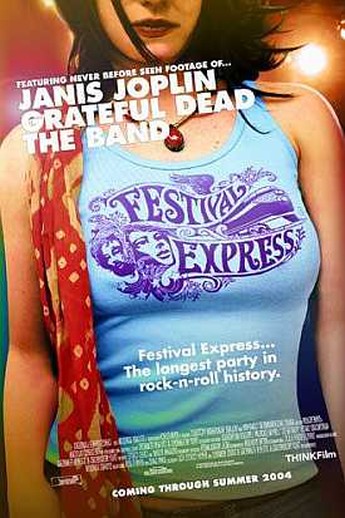 In 1970, 22-year-old promoters Ken Walker and Thor Eaton put together a tour across Canada, in which some of the biggest names of the time would travel between the concerts on a train. Financially, and organizationally, this was a disaster, with dates being cancelled by order of the local authorities and violence breaking out, between the police and those outraged by the high cost ($14!) of the tickets. But the train portion remains a unique experiment, bringing together a unique cross-section of musicians for a week. As Guy says, “Every time I went to bed I was afraid I was gonna miss something.” The resulting music is, to be honest, a mixed bag. I’m reminded of Henry Rollins’ comments on rave music, about it only being palatable because of the really good drugs, and much the same would apply here. The Flying Burrito Brothers, for example, have all the stage presence of a laundry-hamper, and far too much of the film is mediocre in this aspect. Full disclosure, however: in that era, I’d likely have been a cop rather than a hippie!

However, Buddy Guy kicks ass on a cover of Money and the final song from Janis Joplin also stands the test of time well – Joplin would be dead three months later, lending her appearances here an undeniable poignancy, like watching late-era Joy Division. The best moments here, for me at least (and probably anyone else not deeply into the bands of the time), are perhaps not the live footage, but the scenes which put the tour in some kind of context, either politically, socially or… Well, when they stop the train in the middle of nowhere because they’ve run out of booze, pass the hat and spend $800 in a local liquor store, taking everything up to, and including, the display bottle of Canadian Club. Which immediately gets turned into a dispenser for psychedelic drugs rather than alcohol. That captures the spirit of those days marvelously, though I’m still not sure whether to be glad or sorry I missed them…