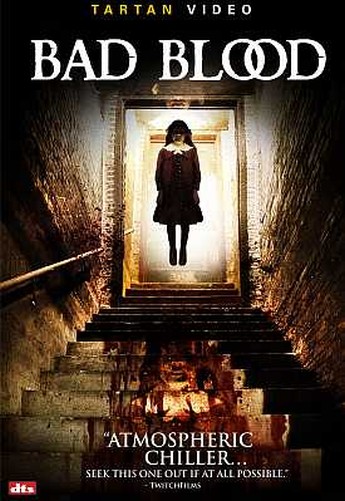 When the press-release starts, “In the vein of M. Night Shyamalan’s The Village…”, we can be forgiven for suppressing a groan. The good news is, the comparison is a major stretch: this is more a haunted-house story, or an exorcism one, than a shaggy-dog story with a really crap twist. The bad news, however, is that it still isn’t actually very good. A family, whose relationships are straining at the seams, move out into the countryside, occupying a home left to them by the patriarch’s great-uncle, because “no-one else wanted it.” Odd things happen. A seance surprises the father (Luz) with its accuracy; the mother (Couto) befriends the local priest (Vaz); the youngest son starts to hear noises in the house when no-one’s around; and the dark secret of the great-uncle is revealed.

The problem is, that it’s all done in about the least interesting manner possible, and is as much an excuse to cobble together debates on the whole “faith vs. science” argument, on which the film sheds no new light. The dark secret is probably revealed too early, and is less “dark” than you’d expect, while an interesting sub-plot involving the daughter, an unwed mother, and the oldest son, is squished off to one side for most of the movie. Perhaps the biggest flaw is, you never feel much for the family, partly because they never appear to feel much for each other. As a result, the film builds to a climax that lacks much impact and doesn’t fit with what’s gone before; it seems to be trying to be enigmatic, and only comes over as impenetrable. Undeniably nice cinematography in no way compensates for a poorly-written and badly thought-out script, though it is better than The Village, even if that’s about as thin a compliment as you can possibly imagine.