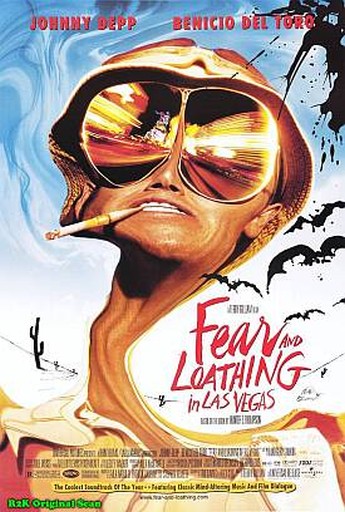 If anyone could film the unfilmable, it’s Gilliam, but this eventually fails because of inalienable rule #1 of drug-induced cinema: watching other people trip is dull, and this still applies even when you’ve got Rob Bottin helping out with the psychedelic visions. In between times, however, there is enough other stuff going on to keep interest ticking over, not least a parade of annoyingly distracting/entertainingly diverse (delete according to taste) celebrity cameos. The best moments have drug-crazed journalist Thomson (Depp) interacting with more normal (..relatively..) members of society, and it’s also an effective anti-drugs film, since all the trips are bad ones. Warped, very odd, not without its moments – but see inalienable rule #1.