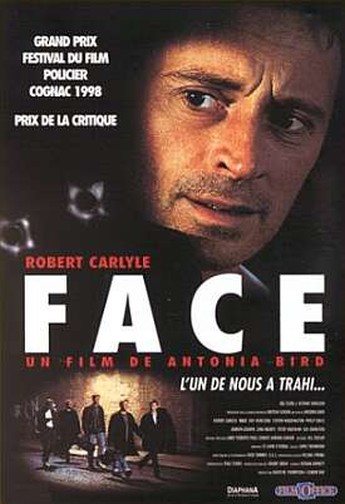 After five gangsters pull a raid, the take is less than they expected – so one compensates by stealing the others’ shares. Paranoia, mistrust and violence? Oh, go on then. There’s not much original in the “heist gone wrong” genre here, except a bizarre political subplot in which armed robber Ray (Carlyle) agonizes over his previous life as a political activist. However, this is clunkily executed, with left-wing sympathies signalled by a slew of obvious devices, e.g. a poster for Ken Loach’s Hidden Agenda. Hardly more convincing is the romantic relationship between Ray and Connie (Headey), who still has the courage of her convictions – political, rather than criminal. Why she hangs out with Ray is never really explained, but she seems remarkably at ease with his career choice.

Surprisingly, what works best is the gangster stuff, despite it being of minor apparent interest to the director. Ray and Dave (Winstone) are a great double-act, and it’s nice to see criminals portrayed with something of a life outside crime. This angle provides some highly effective moments, in acting, dialogue and scripting, which help balance out the problems with some of the other aspects – though even after a decade living in London, I had problems understanding some of the verbals. But enough raw intensity seeps through that Carlyle and Winstone could be speaking Serbo-Croat, and it wouldn’t matter.