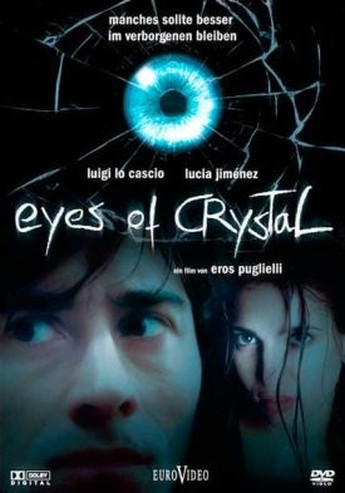 A triple slaying, of a couple having sex and the man who was watching them, turns out to be only the start of a spree of murders. serial killer is roaming the city, picking his victims and, using his skills in taxidermy, turning them into arresting artistic tableaux. Inspector Amaldi (Cascio) is trying to track him down, with his partner Freese (Egido), while also helping young student Giuditta (Jimenez), who is apparently being stalked by someone who knows. Amaldi, himself, is a bit of a loose cannon with anger management issues, as we see in the opening sequence, where he shoots a suspect in the leg after he’s been taken into custody. As things proceed, we gradually learn more about both his past and the past of the killer, and there’s also the subplot of Amaldi’s terminally ill colleague, Ajaccio (Andreu), who may have information vital to the case – can Amaldi pry it out in time?

I’m far from a fan of the giallo genre, having had any enthusiasm ground out of me by the steadily mediocre output from Dario Argento over the last 25+ years. I say this, so that when I tell you I enjoyed this, you’ll know it’s not coming from a babbling fanboy. It’s put together with more rigour than usual in terms of the plot, replacing the contrived explanations and flimsy excuse for “detective work” which generally have me rolling my eyes. However, it lacks none of the style, and Lo Cascio is an interesting, complex hero – the combination makes this a lot better than Anamorph, which covers a lot of the same elements, four years later, but largely failed to engage. There are even elements of the Ice Truck Killer from Dexter, but the books were published the same year this came out, so it gets a pass. I’m quite surprised Puglielli has done little apart from TV work since: he clearly has a cinematic eye, and the results come close to forming a new high-water mark for the genre.