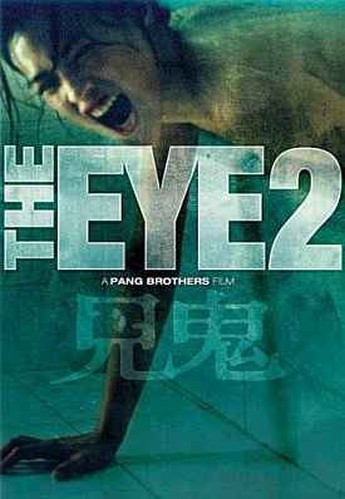 Having been singularly unimpressed by the original, it’s no surprise this sat on the shelf for seven months before being watched. And to my surprise, it kicks ass, helped by a great performance from lead Shu Qi, who is clearly much more at home in her native tongue than speaking English, as in The Transporter. Even though her character, Joey, is a whiny, disturbed woman, who doesn’t know when a relationship is over, and uses a suicide attempt to get attention from her ex-boyfriend (Pholdee), she’s never truly unsympathetic. That’s partly because what happens to her is pretty crazy. After her failed suicide, she starts to see dead people. Everywhere. It’s freaky viewing, with the Pang brothers pulling out all the stops of creepiness: the best moment is when she’s attacked by a rapist, then wakes up in hospital with the cops congratulating her for biting his face off. Her reaction – not least as they wheel the disfigured rapist past – is priceless. Mind you, the bit at the bus-stop is also there or thereabouts.

There’s quite a nice explanation for everything, which invokes Buddhist reincarnation, though the pace slackens somewhat in the second half, and some of the supporting cast, notably her ex, are weak. But then, the film ramps up again for a refreshingly Grand Guignol finale, as she decides suicide is, once again, the only way to solve her problem. And, this time, she’s deadly serious, even if she has to drag herself from ground to rooftop, with bleeding fingers, in order to do so. Worse yet, the ghosts are equally determined to stop her. It’s an entirely different approach from the original film (to the extent that the name is only for marketing purposes), with much more development of the idea. While saying it makes sense might be a bit much, it ties together with admirable logic, and works commendably well within its own universe.