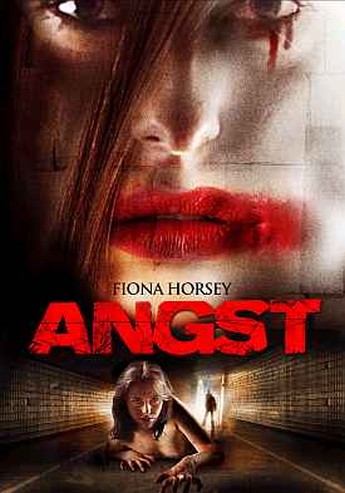 I’m guessing the title-change was because someone like Blockbuster objected to the word “penetration”; weird, given the entire film is about a woman whose vagina apparently makes men disappear entirely when they have sex with her, and then demands to be fed regularly for the rest of the film. Think of it as Little Shop of Horrors with genitalia, if you will. Given this, we’re clearly not taking about a film where good taste is a prime concern, so quibbling over the title seems somewhat pointless to me. Still, there you go. The owner is Helen (Horsey), who is understandably freaked when she discovers her crotch’s carnivorous tendencies, and takes up life as a street hooker in London to provide it with a reliable diet. However, Dennis (Conway), besotted with Helen, tries to track her down, but becomes involved with one half of a pair of Siamese twins – a relationship that ends in… well, let’s just say, an incident involving an electric carving-knife, which leaves Dennis just as much an outlaw as Helen.

It’s not as good as it sounds, unfortunately. After initially establishing Helen’s issue, Büld doesn’t really know what to do with it. Despite an amusing scene where she attempts to provide it with nourishment, other than the human kind, after a few more “kills”, even Büld gives up. Hence the diversion to Dennis, and that’s a shame, because Conway is one of the worst actors I’ve seen, reciting his lines with all the emotional impact of directory enquiries. Horsey is much better, coming over with just the right mix to provoke both sympathy and horror in the audience. The other weakness is a script that relies too much on coincidence, most obviously at the end where Dennis and his new associate hijack, by complete chance, the caravan in which Helen and her other half are honeymooning. What are the odds against that?

Probably due to the low budget, the effects are generally understated; the Siamese twins are quite well-realised, and there’s a nice scene where it becomes clear that oral sex is no safer than the regular variety where Helen is concerned. But despite this, and an energetic climax (er, as it were…) I just can’t help feeling that restraint and subtlety are about the last things this film really need. Still, as Chris said, “I’m astonished this was made by a man,” and there’s enough psychological meat here for an entire conference. If you see only one film about a killer pussy this year – and I don’t mean The Ghost and the Darkness – this should probably be it.