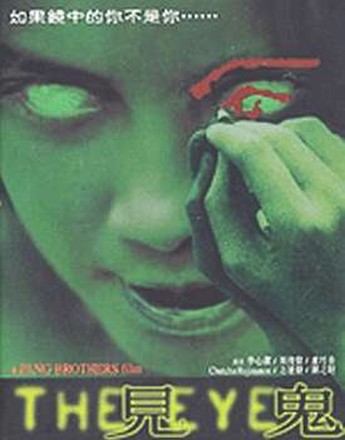 A girl gets corneal transplants, and is subsequently tormented by visions; she travels to discover the truth about the donor, and how she met her death. This would be a fabulous Twilight Zone episode, but the first eleven words of this review is stretched out to cover the entire opening hour, with steadily diminishing returns. There’s no doubt these are well-handled, with the brothers Pang showing a fine grasp of visuals, but after the third or fourth time, we’ve got the point, and our reaction was eventually less ‘chilled to the bone’ than, “Oh, look – another tormenting vision.”

It could also do with some narrative punch: while Ring had “you will die in 7 days” to keep things moving along, there’s little sense of urgency here. It’s not even as if the visions can have any affect; they largely ignore her, or ask polite questions. Where’s the threat there? Only in the final third do things kick in, with one of the most spectacularly fiery conclusions to a movie in some time. If this had arrived 75 minutes sooner, it would have provided the necessary impetus, and I hope it’s something the planned American remake will fix. As is, by the time it arrived, our interest had already largely dissipated, thanks to the early excess of ominous shadows and spooky lighting.