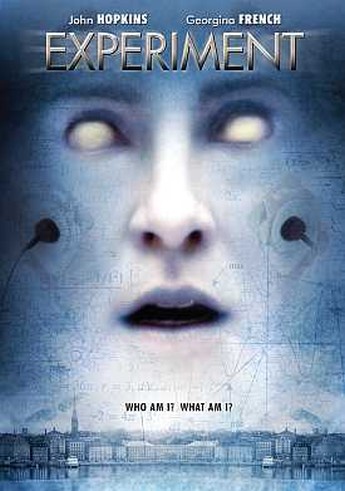 A woman (French) is dumped out of the back of a van. A man (Hopkins) awakens to find himself floating in a river. Neither can remember who they are or how they got there. From this interesting opening spins off a dark thriller about mind-control; it turns out the two are part of a psychological project, designed to create people who will act – and in particular, kill – on command. Turns out Anna and Morgan used to be husband and wife, but were kidnapped from the UK and brought to Prague as unwilling and unwitting subjects, though one of their captors is beginning to have qualms, as he, too, finds out the truth about what’s going on. Can they find each other, recover their memories and rescue their daughter, who is still being held by the researchers, before they are ‘activated’ to take out their intended target, the visiting Russian foreign minister?

The main problem here is one of plausibility. The bad guys perpetually seem to behave in ways necessary to the plot, rather than in the most logical and sensible ones for their plan. For example, letting the two test subjects go, to begin with, and then start wandering around Prague is hardly the embodiment of scientific method. And most dark conspiracies are keen to avoid anything likely to draw attention to themselves, such as – oh, I dunno – bloody slaughter in a club. This acts as an unwelcome and near-fatal distraction from a fairly effective sense of paranoid claustrophobia created by Turner, especially on a small budget, and a couple of decent performances from Hopkins and French. However, the further this goes on, the frankly more implausible it gets, and by the end, even the nasty little sting in the tail left us largely unresponsive [read “snoring”, in Chris’s case, to be honest]. The overall feeling is one of unfulfilled potential, where a strong and intriguing central idea has largely failed to be converted into a credible script.