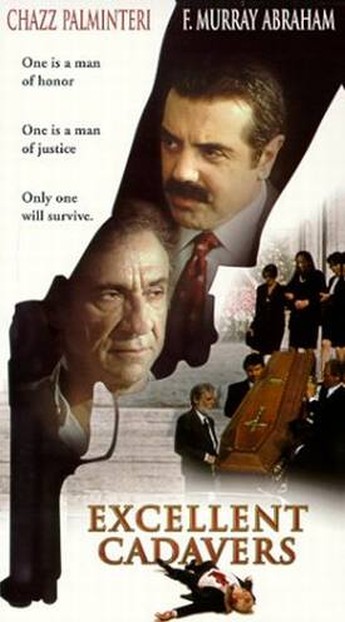 Pop quiz: apart from this one, what other film begins with its Mob-related central character getting blown up in his car? Answer to follow. Anyway, back in the 70’s, the Mafia took it upon themselves to waste anyone and everyone investigating them down in Sicily. It got very messy. Palminteri, looking like Franco Nero, plays Judge Falcone, a man of impeccable virtue, who works to bring them to mega-trials (400 at a time!) with the assistance of informer Abraham. While the two leads are fine, there seem to be too many actors for whom English is perhaps not their first language: authentic, perhaps, but it leads to stilted acting. There’s also a hideous over-reliance on voiceovers, either to state the bleedin’ obvious, or paper over gaps in the plot. Tognazzi is on familiar ground here (he did La Scorta), but perhaps the inevitable problem of making a film from actual events is that facts tend not to be dramatic: one or the other has to go, and here it appears to have been the drama. [And the answer is… Casino]