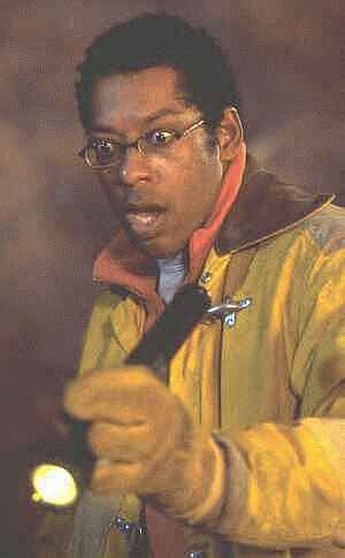 This kind of film justifies the existence of cable modems, and using one to download movies off the Internet, because I’d have been most peeved if I’d actually paid any money for this. The idea is promising: rampantly evolving alien DNA, brought to Earth by a meteor, offers lots of scope for diverse imagination. So why do we get a bland, boring vehicle for some really quite disappointing effects, despite the presence of master animator Phil Tippett? Duchovny and Jones have some chemistry as the academics who discover the meteor, yet I couldn’t help being reminded of Tremors, which is far superior in characters, dialogue, story development and just about every area of execution requiring any wit.

The main thread – curiously paralleling Final Fantasy – has our heroes struggling against the military, who want to take punitive and counterproductive action against the invaders. Unlike FF, there’s precious little to admire: Scott and Moore are utter wastes of space, the script just marks time between alien encounters, and the final climax is hardly climatic. This is bland Hollywood at its most anaemic, though I did laugh at the mention of Highway 89A here in Arizona; having recently been there, it’s undeniably an appropriate place for ET’s to land.