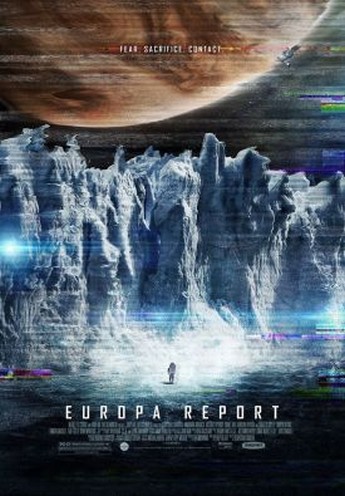 It’s nice to see a proper “hard” science-fiction movie, with the emphasis very much on the science rather than the fiction. It’s the story of the first manned mission to Europa, a satellite of Jupiter considered a possible source of life (there are apparently lakes of some kind, beneath its frozen surface). We learn from the get-go that the mission had problems, losing communications with ground control relatively early in the flight, but the footage from the craft indicates this was later restored in some way. But this is only the start of the problems for the international crew, led by Chinese captain Xu (Wu) and pilot Dasque (Marinca). While they do manage to make planetfall on the satellite, it’s not in the location intended, or necessary for their experiments to succeed, and they are left to decide whether to risk a highly-dangerous extra-vehicular walk in order to complete the mission.

Things are a little jumbled at first, with the timeline fractured, and its not immediately clear what’s going on. I’m uncertain what the point of this was, as it doesn’t appear to add much, and is needlessly confusing. Once the storyline settles down, however, it’s solid storytelling, that proves you don’t need monstrous aliens to pose a threat, when you are in an environment where even a momentary lapse of concentration can prove lethal in a million different ways. It looks fabulous, particularly given a budget that wouldn’t even pay for Will Smith, with an amazing depiction of the beauty of space. It’s also a touching depiction of the heroism involved in exploring the last frontier: it’s almost inspirational to see people willing to risk their lives purely for knowledge. We get to see crew members, apparently safely back on Earth and describing events that have unfolded: however, things aren’t necessarily quite as secure as they seem. Yes, technically, this is a “found footage” movie. However, even as someone tired of that particular trope, this remains refreshing, well-constructed and an intelligent entry in a genre that is not often known for that of late.