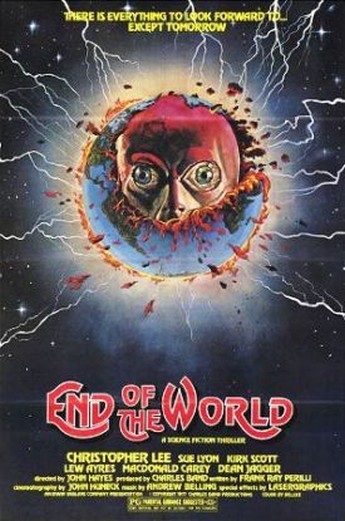 Professor Andrew Boran (Scott) detects mysterious signals, apparently of intelligent origin, coming from outer space. More curious yet, he also picks up indications that they are being replied to, from somewhere on Earth, not far from his own location, and when he decodes the messages, they successfully predict a large earthquake and a volcano eruptions. He and his wife. Sylvia (Lyon), visit the apparent site, only to find a religious mission, under the leadership of Father Pergado (Lee), who professes ignorance of the signal. Undeterred, Boran digs further, only to discover an alien crew, which has adopted human form. In need of a piece of technology in order to return home, they kidnap Sylvia and use her to force the professor to steal the widget for them. However, is getting off planet Earth the true end result of their mission, or is there something they haven’t told him?

I have to say, I really liked the ending, and can only imagine what impact it might have had on the cinema-going audience in 1977, when it came out. Or, at least, the small proportion of the cinema-going audience still conscious, because once you get past an intriguing opening scene, in which Pergado seeks help from a coffee-shop owner, the next 80 minutes are truly wretched. It’s full of badly-paced scenes which stay on far beyond their active contribution to storyline or characters, and it’s only the scenes with Lee which are half-way toward watchable. Scott is unconvincing and largely unlikeable, while you wonder how Jagger, playing Ray Collins, could have won an Oscar for his acting (albeit close to thirty years previously). There isn’t enough going on here to hold the viewer’s interest when Lee isn’t on screen, things moving ponderously towards the conclusion. Admittedly, that conclusion isn’t what you think – though it did confirm my opinion that Boran isn’t such a nice guy either, and also counts as one of the more effective uses of stock footage you’ll see. However, it’s a textbook example of much too little, far too late.