This feels remarkably like something assembled by the staff of Doctor Who on their weekends. We have former companion Agyeman, Curran who played Van Gogh in one of the show’s most memorable episodes, plus Myles who was the star of spin-off Torchwood. Or maybe it’s just that every British actor is contractually obliged to appear in the show, as a condition of getting their Equity card. The bad news is, this feels like a rejected script from Who as well. A vampire council meets in a remote farmhouse, with one of their number, Vanessa (Myles), bringing along an unwitting recruit (Cook) as a replacement to fill a council vacancy. Unfortunately, the get-together has also come to the attention of a group of Vatican-backed vampire hunters, who realizing what they’ve stumbled onto, launch an all-out assault on the farmhouse. 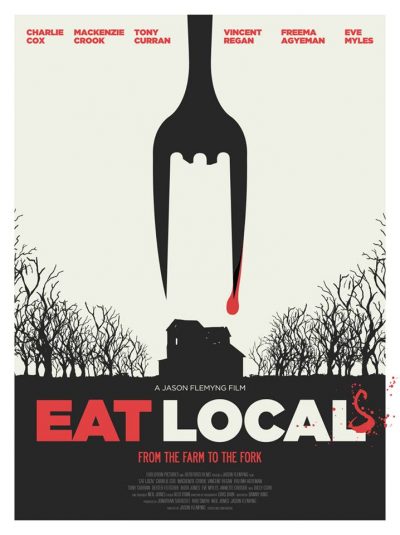 The issues here start with the clunky title, which I’ve seen both with and without the S – even Google seems to think the latter. It feels like it wants to be an alternate take on Dog Soldiers; vampires instead of werewolves, and on the side of the “monsters” rather than humanity. It’s also self-consciously jokey in tone, in particular with a hairy Dexter Fletcher as the farm owner, tied up with his wife in the back of the house. Another Flemyng pal from the Lock, Stock days, Jason Statham, is credited as a “fight consultant”, which reinforces my suspicions this entire thing was concocted by a bunch of pals, who fancied making a film for a bit of a laff.

The logic isn’t much less ropey. It’s clear from the start that the hunters know exactly what they’re up against, coming armed with infra-red cameras to separate human from blood-sucker. Yet they still insist on using “normal” bullets, and appear shocked – SHOCKED! – to discover that these have no impact. The film also spreads itself too thin, attempting to develop an excess of characters. Due to this, it hasn’t enough time to do justice to any of them. They enter and exit almost at random, as if the script had been written by someone with goldfish memory. Though I did like the concept of a cosmetics company looking to “harvest” the vamps for their life-prolonging properties, and it’s a shame this is only fully realized right at the end.

Some of the individual performances are quite fun too. Veteran Annette Crosbie (another Dr. Who refugee – she was in Matt Smith’s first episode) makes a good impression, as what I’ve suddenly decided I’m going to call a gran-pire. Yet it just fails to gel into anything approaching a coherent narrative. As a result, while this starts off interestingly enough, it eventually degenerates into a sub-Tarantinoesque sloppiness, which relies far too heavily on quoting from other, superior movies, rather than developing its own universe. It’s one of those cases where you suddenly realize, about an hour in, you’ve stopped paying any attention to the movie.