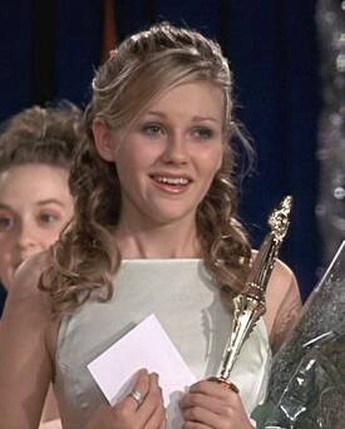 Okay, so I only went to see this ‘cos Denise was in it; let’s face it, a pseudo-documentary about beauty pageants doesn’t sound like my cup of tea. Yet this malicious little movie doesn’t so much stick the knife in the American dream, as pop it in the blender. Vicious irony is clearly wasted on most inhabitants, but the film will hopefully find an appreciative audience here, for there’s much to admire in its spiteful nastiness. Richards and Dunst are rival teens from opposite sides of town, fighting (sometimes literally) for a pageant crown, while small-town mores are skewered to ruthless effect and with appalling taste: anorexia, beer cans and a truly jaw-dropping rendition of Can’t Take My Eyes Off You are the lowlights. Certainly not a film that must be seen at the cinema (the style might work better on TV), there are inevitable dead moments, perhaps stemming from blind spots with regard to the culture. However, enough worked to send me out, sniggering malevolently. Though I am slightly worried by how Richards appears to be cornering the market in scheming bitches…