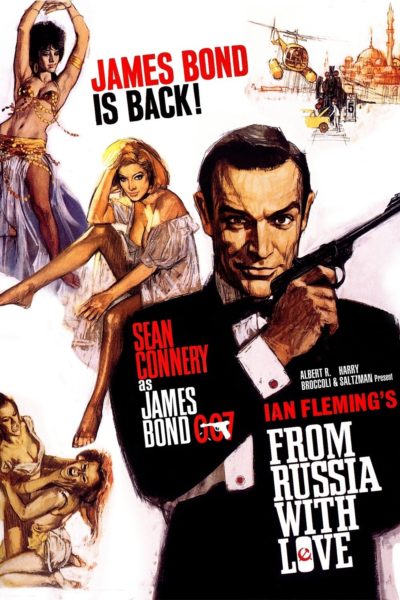 [22] The second film is perhaps the best illustration of how closely early Bond movies followed the books: it’s chock-full of incidents, characters and scenes taken directly from Fleming’s novel. This may be the most politically incorrect of the Bond films, with Connery screwing his way to a Soviet cypher machine, together with Lotte Lenya as lesbo-villainess Rosa Klebb, and a completely gratuitous cat-fight. This is a very prosaic movie, with a plot which is highly plausible, at least by Bond standards, capturing the cloak-and-dagger spirit of the Cold War well. It never quite gels, however, despite an abundance of marvellous set-pieces and characters, while the pacing of the climax is all wrong, with a tacked-on coda that doesn’t fit.