This one sports Steven Seagal as a producer, alongside Bey Logan, which immediately had Chris rolling her eyes. I wonder if Seagal was originally intended to star – likely in the Biehn role – but was unable to for whatever reason, and took the producer’s role as a result? Just speculation though. If so, I think it was probably to the film’s benefit, as there’s little doubt Biehn is the better actor, and the production is slick enough to cover up any shortcoming he has with regard to the martial arts. It is, however, over-complicated as well as generic, bland and by the numbers, especially among the good guys, where only Hung makes much of an impression. 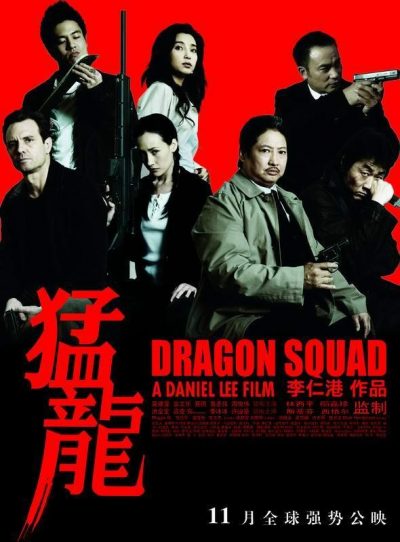 It’s the story of a conveniently multi-national and highly photogenic group of Interpol agents, who are in Hong Kong for the case of high-profile prisoner, Tiger Duen. However, he’s abducted en route by a team working under Colombian drug-lord Petros Angelo (Biehn), who is seeking revenge for the death of his brother at the hands of Tiger and his brother Panther. There are other siblings, Ocelet and Tabby… okay, I might have made that bit up. Also involved was cop Kong Long (Hung), whose refusal to obey orders led to that incident. He’s now restricted to desk duty and is about to retire, until he agrees (reluctantly) to help the Interpol team. There’s a microfilm bobbing around too, though even the lengthy Wikipedia synopsis seems unsure of its contents or purpose, so don’t ask me.

The supporting cast here is impressive in its depth. Simon Yam plays the police commander, while Panther’s girlfriend is played by Li Bingbing, who has gone onto bigger things in Hollywood since, most recently The Meg. The sniper on Petros’s crew, who gets barely a handful of lines, is Maggie Q, well before she was Nikita, or became a “dead Asian hooker bitch” in Live Free or Die Hard. But most of the cast outside of those previously named are not very interesting and the plot needs some heavy work with a chainsaw. The sheer number of characters across which the film thinly spreads itself, could also have benefited from similar trimming, and do not get me started on Lee’s hyper-kinetic approach to the most humdrum of moments. SOMEONE DRINKS COFFEE!!!!! NOW THEY’RE GETTING IN A CAR!!!!!

What saves the film from being a disaster is, unsurprisingly, the action, where Chin Kar-Lok puts together some quality set-pieces – though the villains are crack shots when not firing at the main characters, then suddenly can’t hit the side of a barn. The hand-to-hand stuff is great, and Hung outshines those young enough to be his children, especially when going up against Jun-ho Heo. It’s not sufficient to overcome the problems, yet does elevate this from a waste of time, to something you can have on in the background, paying heed when your attention is caught by the sounds of violence.