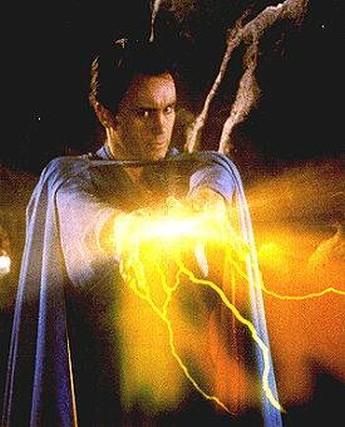 [TC 18] Full Moon have become synonymous with “crap”, because of awful movies like Subspecies; this is a better effort, thanks again mostly to the presence of Combs. As in Re-Animator, he makes the fatuous plausible, not an easy task when you consider we’re talking about two wizards fighting each other for the fate of the Earth. Nipar is the Barbara Crampton substitute here, and Thompson plays the bad sorceror; both are competent enough, though sadly, Nipar is never ravished by a severed head. It smells faintly of Cast a Deadly Spell, but the finale lacks punch, with the fate of the planet decided by a duel between two stop motion dinosaurs skeletons. Jurassic Park, it ain’t – thankfully.