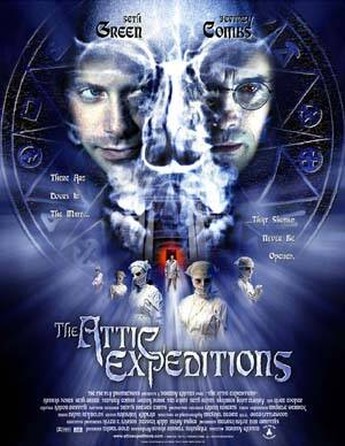 If ever a film were too clever for its own good, this is it – the story structure is basically circular, yet so fiendishly convoluted that you never want to commit to any of the characters, since no-one is what they seem. It took five years for this to come to the screen, and my suspicion is that they lost the script somewhere in the middle. Jones plays Trevor, a murderer (or is he?) whom Dr Ek (Combs) is looking after (or is he?). Trevor is sent to a half-way house (or is it?) with other patients (or are they?), yet is troubled by bizarre nightmares (or…hell, you get the picture).

Having used up this month’s quota of parentheses, must applaud the actors for keeping what could easily be a completely incomprehensible mess, merely a largely incomprehensible mess. Their sterling work means that whole minutes pass where things kinda make sense, before you have to go “Eh?” again. Chris and I like twisty flicks, consider ourselves in the top 10% of cinemagoers intelligence-wise (or higher, going by the success of XXX), and were Definitely Paying Attention – we still lost this one, to the extent that if anyone asked what it was about, we’d have to reply, “about an hour and forty minutes.” I guess they deserve credit for persevering, despite an Alice Cooper cameo that has to rank as among the most gratuitous ever, and this will probably get rewatched eventually. Just not for a few years.