There’s an interesting idea in this. It’s therefore a shame the film forgets all about in in the middle, and chooses instead to head down a different, considerably less interesting path. Riley (Marcia) is a troubled teentm. With no mother about and an alcoholic father, she eventually becomes a ward of the state, who place her in a foster-home. She’s not exactly happy there, and her concern appears justified, because it seems that the young residents have an awkward habit of dying, shortly after being placed with families. The authorities appear disinterested in these “less dead” kids, so it’s up to Riley to figure out what’s going on, and who is targetting the vulnerable youth for disposal. 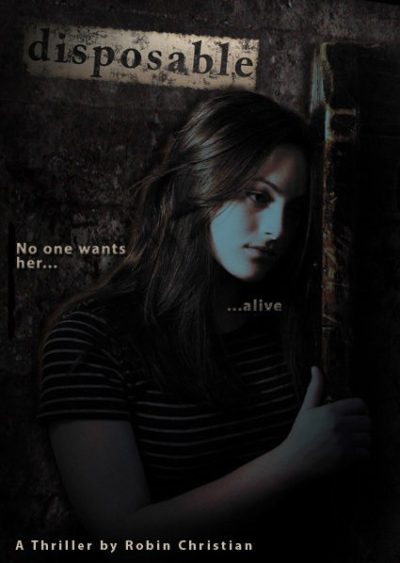 Except, she doesn’t. For the script abandons these aspects in favour of a series of sub-teen drama episodes, which sees Riley progress through a sequence of more or less terrible foster homes, the killings all but forgotten. I guess this makes sense from the heroine’s perspective, since she has no shortage of her own problems to deal with, such as her relationship with her estranged father, which swings from almost functional to abandonment. I’m sure it’s not unrealistic in terms of what crypto-orphans like Riley have to go through. Yet for the audience, it’s an awkward shift in tone and content, which largely brings the film grinding to a halt.

I do say, ‘largely’, because there’s one scene which depicts her mother trying to drown Riley when she was a baby, in a toilet stall. It comes out of right field, and is all the more shocking for that, coming almost immediately after a scene in which Riley has learned how to hug (And I thought “How to Hug” was volume 8 of the Encyclopedia Britannica…). Its harsh brutality is very much at odds with the soft soap of the middle sequences. Eventually, the killings raise their head again, and so does Riley’s ability with a bow. This was carefully established in the opening scene, then entirely forgotten until necessary for the plot. Though I’m not sure how getting shot through the heart with an arrow can be palmed off to an “accident”, as is apparently the plan.

Mostly shot in 2007, this received its Illinois premiere in 2011, so I’m not sure what the 2015 date on the IMDb is about. The technical aspects are okay, with the audio occasionally problematic, and opening credits which look like they were done on Movie Maker, circa 1990. Yet Marcia’s performance overcame my qualms about her being the director’s daughter. Casting your relations is often micro-budget cinema for “I need people I can order about and not pay,” and Christian uses another daughter as well. But here, Skye is capable of holding things together. At least, she can, when the script gives her the opportunity to do so, and has something interesting to say. Unfortunately, that’s probably rather less than half the time, and the potential in a grumpy and irritable version of Nancy Drew remains unrealized.