Historical researcher  Dr. Brendan Cole (Gordon) gets a commission from rich landowner Baron Von Haugwitz, to investigate an 18th-century mechanical doll, which the Baron has found buried in a long-lost chapel underneath his mansion. Could this be the legendary Infernal Princess which Cole has written about? Lured by the dangling of a million pound fee if he can make the doll operative again, the historian takes his daughter Rose (Lucie) to the Von Haugwitz estates. Only it’s not long before the walls between the present and the past start to crack. This exposes both father and daughter to the story of the Scottish engineer Alexander MacIntosh (Robson) who made the doll, a replica of Talia (Hulme), the child of a general obsessed with his offspring. 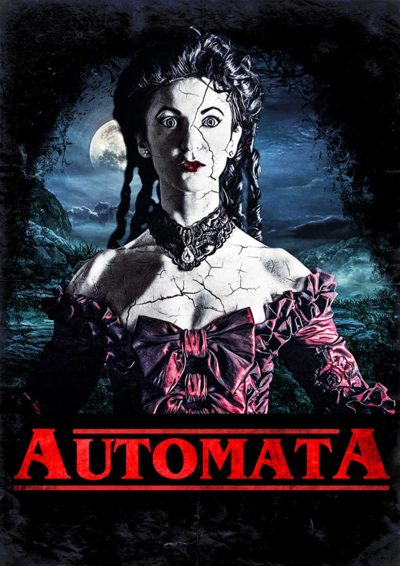 According to the makers, this was intended as a critique of male control of women. Uh… suffice to say, it doesn’t quite come across that way. I’m thinking more like an adaptation of the little-known erotic novel, 50 Shades of Clockwork Incest. Yeah, both in the past and the present, we have fathers who have an unhealthy obsession with and interest in their daughters, and in the here and now, it appears to be reciprocal, at least on an intermittent basis. Not my particular fetish, and given the expressed intent, it does feel rather incongruous. A bigger problem though, is likely the incessant flood of dreams, flashbacks and hallucinations, which occupy much of the middle hour, far in excess both of what’s necessary or interesting.

For a film supposedly set in Scotland, there’s precious little sense of place, in part because most of it occurs inside the walls of the mansion. Not helping there, is the vocal haggis on display. By which I mean, Cole speaks with a broad Scottish accent, his supposed daughter (stepdaughter perhaps?) is upper-class English, and Von Haugwitz – who vanishes almost entirely from proceedings after kicking things off – is German. Then, about an hour in, there’s a revelation about the nature of the doll, which makes absolutely no sense, in the light of what has gone previously. I think it was this point at which the film lost me entirely. If it had stuck to either past or present, this might have worked better.

There are some positive aspects. The photography is quite nice, even if feels the cinematographer never met a coloured filter he didn’t want to use. I did like Hulme’s performance, in that she is utterly convincing as a piece of clockwork machinery. She provides a dance sequence – one of those numerous flashbacks – which is probably the best thing in the film. That said, you are on thin ice when your film’s best performance is someone pretending to be not human, and there are a few moments from the supposedly non-mechanical characters, that had me making loud, dissatisfied sounds. This one’s spring certainly ran down well before the end, my interest grinding to a halt with a loud, popping sound.