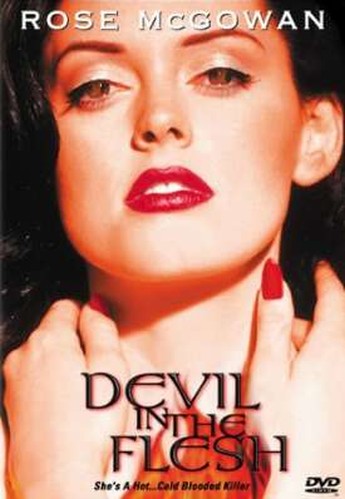 Co-scripted by George Carlin’s daughter (I kid you not), this is another of McGowan’s patented bad-girl roles. She almost cornered the market on murderous goths, until one day in April, 1999, when incidents at Columbine High School made that particular type suddenly less appealing to studios. Her career since has largely been Wiccan wuss-fest Charmed, when not getting engaged to Marilyn Manson. Which is a shame, since she has a dark sluttiness (McGowan said: “It’s my job to spread deviance to the American youth”) that’s quite effective as the psychopathic teen who will let no-one stand between her and the object of her affections – here, creative writing teacher Mr. Rinaldi (McArthur).

No grandmother, classmate, fiancee, or small yappy dog is safe – the last generating the best one-liner in the movie. Unfortunately, there isn’t much else to admire, elements and characters drift in and out without explanation: she’s good enough friends with one schoolmate to go shoplifting, and hates another enough to break her leg, yet both all but vanish from the second half. It’s as if the writers couldn’t initially work out whether to rip off Fatal Attraction or Heathers, so hedged their bets with a bit of both, though the finale is almost Argento-esque in its implausibility. All that’s left is a post-Columbine frisson – were Dylan and Eric fans of this one? – and we can hardly give credit for that to the makers.