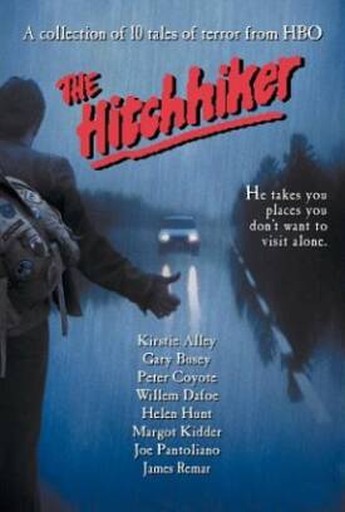 [4] 3 episodes of a Canadian (I think) TV series. The first has Vaughn as a plastic surgeon who cocks up an operation because of a sex & drugs session with Sybil the night before – his mutilated patient takes revenge. also in it is Sonja Videodrome Smits. Part 2, (Verhoeven’s), has a director (Coyote) relying on odd methods to get a performance out of his Linnea Quigley-ish leading lady, and the third stars Kinski as a musician whose hi-fi takes a dislike to him. The plots are all a little thin – none could be stretched to a full- length movie but at 25 mins each they’re fine. Good acting all round and plenty of gratuitous nudity: the first episode gains a bonus point for Sybil; Verhoven directs the second well; but the third deserves a plaintive cry of ‘not enough Kinski!!’.