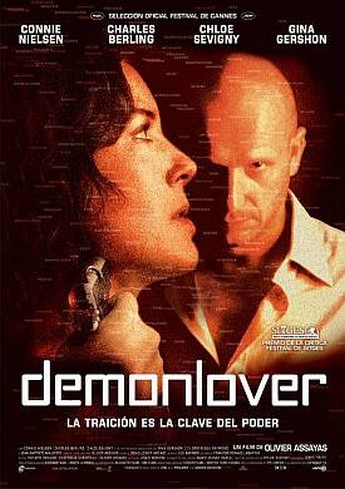 Assayas’s earlier Irma Vep irritated the hell out of me, as perhaps the most smug, self-satisfied film of the 1990’s. Ten years down the line, he may have bigger names in the cast, yet he still operates in his insulated little world: the “shock” ending here will be obvious to anyone who has seen more than three horror films in their life. Diane (Nielsen) is a corporate executive negotiating, alongside her boss (Berling, who looks like Jason Statham!) on a contract with a Japanese animation company to bring their adult output into the 21st century. But their rivals are just as keen to sabotage the mission, and it gradually becomes clear that everyone involved has their own agenda. And what of the ‘Hellfire Club’, an underground torture website which may have ties to their American partners who also want in on the deal?

Unfortunately, the film does its damnedest to throw off any viewers, even those who want to go along for the ride. While effective in its portrayal of cold, emotionless business psychology, where profit is the sole motivation, the script is about three rewrites short of average – and two of coherence, particularly in the second half. There is an inherent hypocrisy here too: Assayas criticizes the companies who exploit lurid material, while including frequent gratuitous chunks of it in his own work. Especially ironic, these inserts are probably more interesting than 90% of his own film, which has little more to say of significance than “porn and business are bad, m’kay?” for two hours. A better, less pretentious film-maker would make this point inside ten minutes, then move onto other things: it’s like Assayas decided to make his film based on a one-line synopsis of Videodrome from TV Guide. While undeniably lending itself to art-wank reviews, if it’s another ten years before my next Assayas film, it’ll be too soon.