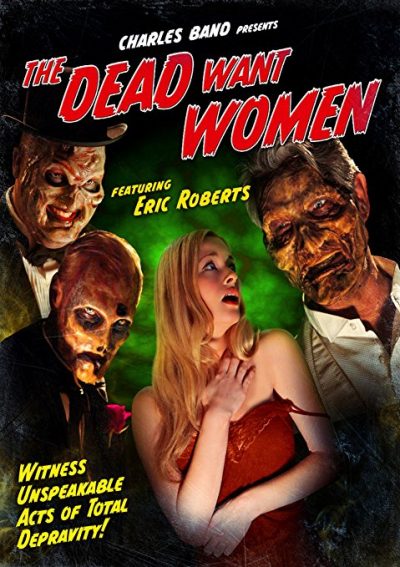 The party comes to an abrupt end after Rose gets word that she has just been canned by the studio as unsuitable for the sound era, triggering a killing spree which leaves everyone of note dead. 80 years later, the house has acquired a dubious paranormal reputation, yet this doesn’t stop ambitious young realtors Danni (Madix) and Reese (Morris) from putting it on the market. When they get an offer, they rush round to make sure the property is ready, only to find themselves terrorized, captured and tortured by the spirits of Fatty, Sonny and friends. Or maybe they’re zombies. It’s hard to be sure.

The prologue is likely the most interesting thing about the film. Even if the characters are little more than obvious Hollywood stereotypes, it’s a potentially interesting set-up, and does a decent job of evoking the era, despite an obvious paucity of budget. O’Sullivan also manages to hold the attention in a way befitting someone playing a period movie star. It’s when the film moves into the present day that things grind to a halt, beginning with the performances of the two leads, which are blandly forgettable as a fully-stocked fridge of vanilla pudding – or, perhaps Jello of the non-nihilist variety – and make about the least convincing “realtors” I’ve seen in any film.

On the other hand it’s clear that their role – indeed, the role of virtually every female character in this save for Pettigrew – is to look pretty and be abused. In the light of current events, I’m almost tempted to say Band is making a sly allegory here, about the role women have played in Hollywood, both then and now. I suspect this would be giving the film considerably more credit than it deserves. It simply wants to show attractive women being terrorized, not engage in Marxist self-criticism.

If you’re looking for somewhat S/M flavoured eye-candy, fine. I won’t judge. And when Danni and Reese are being tortured, they do at least stop talking: trust me, you get more than enough of that in the middle third, to make screaming a pleasant change. Otherwise, about the only point of note here is some decent make-up effects by veteran Tom Devlin. His “Monster Museum” is located in Boulder, Nevada – it’s between Las Vegas and the Hoover Dam, and you go right past the place if you’re driving from Phoenix to Sin City. Never say we’re not informative here.