Is there a global shortage of Albanian actors or something? I ask, because the Albanian brothers in this lumbering mix of thriller and romance, are played by a New Zealander and a Brit. You’d think someone like Bartkowiak might be a little more sensitive to his fellow Eastern Europeans.

Anyway, this takes place on the island of Nantucket where rich orphan Tillie (Eisley) falls for poor-but-hard-working orphan Niko (Apa). Except, turns out there’s another connection beyond the whole dead parent thing. Her father was an FBI agent involved in the death of his father, an Albanian terrorist. As revenge, his brother, Marco (Adkins), sabotaged the plane in which her parents were flying, and is now plotting a major explosion on Nantucket over the Fourth of July weekend. Meanwhile, FBI agent Cantrell (Remar), who is also Tillie’s godfather, is on the trail of Marco. It’s already about two plot threads more than the film can handle, and I haven’t even got to Marco’s father being driven by America’s refusal to honor a promised visa. Nobody holds grudges like those Albanians, eh? 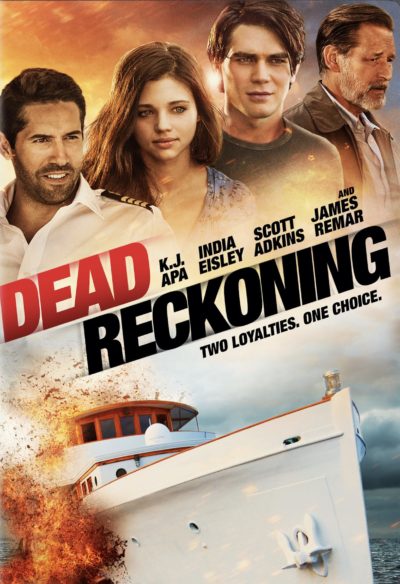 After a clumsy opening, which involves Adkins in horribly fake facial hair, staring Very Intently, it turns into an extended episode of Lifestyles of the Rich and Obnoxious. Vapid young things, hanging out and hooking up, it brings me film to a grinding halt, before it even acquired any real momentum. The four-year gap between this being shot (when it was known as Altar Rock) and released, began to make sense. It feels like it takes almost as long for the plot to make sense. And, really, what are the odds? A terrorist’s brother just happens to fall for the daughter of his erstwhile nemesis? It all resembles a TV movie – at least, up until the random scene where Marco is date-raping some bit of totty, when Niko walks in. That was… awkward.

The thriller aspects are a bit better handled, though Adkins is hardly made to look good in the fights. Losing to James Remar, who’s 23 years older, is one thing. But Marco also come perilously close to getting his ass handed to him by Tillie’s middle-aged aunt, also more than a decade older than him. They just don’t make Muslim terrorists like they used to. Not sure what was more embarrassing, that or the Albanian accent Adkins has to affect. All told, it’s one of the most underwhelming performances in Scott’s filmography, and I got the sense he gave up trying. Mind you, I can’t blame him, considering the script sidelines his character almost entirely for the second half, preferring to focus on Tillie and Niko, easily the least interesting members of the cast.

It meanders on to a final twist you’d have to be clinically dead not to see coming, and a coda which suggests that, hey, co-conspirators in plots to commit mass murder might not be all bad. Apa would go on to play the lead in CW teen drama series Riverdale. On the basis of this, it’s a better fit for his talent.