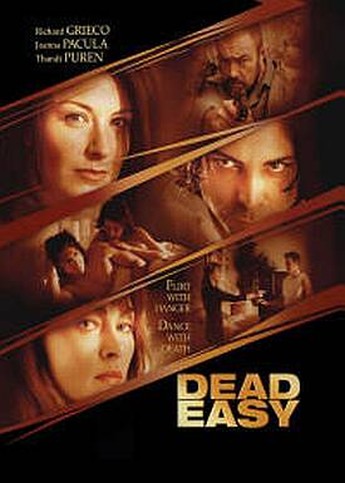 This would have been improved if the makers have made up their minds what they wanted this to be. One minute it’s a steamy thriller about a man (Grieco) wanting to divorce his wife (Pacula) so he can be with his mistress (Puren). The next, the wife has been kidnapped by a lunatic private eye, and it becomes Silence of the Lambs, focusing on the dogged cop trying to crack the case. Then, it decides to lob a few twists and turn into Wild Things, only with less trash appeal. These shifts in genre are less than smoothly-handled by Sundstrom, and the result has an uneven and uncomfortable tone.

What works is the cast: who better to play a sleazy executive than Grieco? Pacula too, is clearly above the script, and the South African setting is at least a bit different from the usual, though the potential exoticness is mostly wasted. I do confess, there was also just enough “what’s going to happen next?” to keep this ticking over, even if the big, final twist will very likely provoke no more than a nod of acknowledgement, rather than a gasp of shock. On the other hand, the film is very rewatchable…albeit mostly because any surprises won’t stick in your mind till next time. Heck, I had to double-check the (amazingly generic) title, less than 24 hours after seeing the film. By next week, I’ll likely have forgotten it entirely.