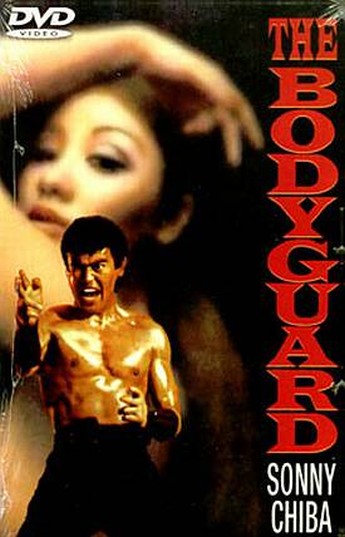 The opening crawl almost had us falling off our chair, because it was very clearly – almost word-for-word – the inspiration for Jules’ bible-quoting in Pulp Fiction. Stick another nail in the coffin of Tarantino’s “originality”. There’s an obviously tacked-on prologue featuring two kung fu masters debating who was better, Bruce or Sonny, which is fabulous in its depiction of mid-70’s Times Square. Unfortunately, the rest of the film is disappointing – or perhaps it was simply a bad move trying to use Steadicam techniques, without an actual Steadicam. The results are occasionally quease-making, even without the arms being torn off and eyes yanked out, which I suspect were truncated in the American print.

Chiba plays…well, Sonny Chiba, who offers to bodyguard anyone with information that’ll help him take down drug cartels. Judy Lee is the mob moll who takes him up, but is using him to help sell a load of drugs she half-inched. After Chiba’s sister is laid out, naked, on the shadow of a cross, with the words ‘COSA NOSTRA’ carved into her flesh, you just know it’ll end in limb rending + death. But the first half meanders round subplots, of various interest, before finally settling on Chiba vs. a Japanese gang whose members reach, maybe five in number. After much running round – likely pursued by a (probably wheezing) cameraman with artistic aspirations – and some badly-shot fisticuffs, it comes down to a final faceoff on a beach. By then, however, our interest had largely been replaced by motion-sickness.