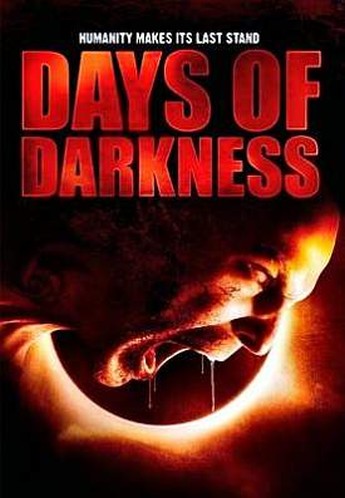 Your usual bunch of misfits – porn star, preacher, gay guy, action actor – find themselves thrown together in an abandoned military compound, outside of which, a whole bunch of zombies hang, intent on some intestine-gnawing. For a comet impact has turned almost the entire population into shuffling cannibals, leaving the remaining few to fight for survival and bicker among themselves, about things like the fate of a zombie, a sibling of one resident, who is kept in the basement. Nothing really new there, and the first half is really pretty dull: the low budget is painfully apparent, in what’s basically a single location, while the characters are little more than a collection of stereotypes [the preacher, for example, is a fundamentalist loonie], and so don’t bear study beyond about five minutes. However, as the film moves on, it starts throwing some curveballs, which start with the discovery of a set of genitals which have become separated from their owner.

You might want to re-read the previous clause, as you probably skimmed it. Genitals. Separated. This is where the movie diverges from standard zombie lore, and it deserves credit for at least attempting more than the usual handwaving as regards the cause [“chemicals”, “radiation” or “crashed satellite”]. I can’t say the explanation necessarily makes a great deal of sense – not least the cure, even if it means I’d probably be safe – but it does allow for some nicely tenticular effects as things proceed towards the finale. The second half is more interesting to watch, but that’s probably like saying you’ve been taken out of intensive care and upgraded to ‘serious but stable’ condition. Which is likely where your interest will be lying by that point. The script should likely have galloped past the too-familiar opening, and headed for fresh territory sooner, rather than later.