Sophia (Walker) rents a house for a year deep in the Welsh countryside. Her aim is to carry out a mystical ritual, with the aim of establishing contact with her dead son, who was abducted three years ago – an event for which she still feels responsible. To aid her, she has hired occult scholar Joseph Solomon (Oram), as the ritual will takes months to complete, peeling back the layers to reach her guardian angel. Initially reluctant, Joseph eventually agrees to help, on learning Sophia’s true motivation, and the process begins. It’s a punishing and rigorous journey for Sophia, taxing both her body and mind; and that’s not even considering the entities who do not want her to succeed. If she eventually succeeds, will she still want the same thing?

Considering the vast bulk of this is two people sitting round a large house, either chatting or carrying out esoteric procedures, it’s surprisingly interesting. A good part of that is down to Oram, whose portrayal of Solomon is completely grounded and matter of fact. While he may have seen gods – you don’t doubt him when he says so – it’s easier to imagine Joseph downing a six-pack and a kebab on a Saturday night. Not exactly your prototypical ascetic, shall we say. He’s the compass that keeps Sophia on the way toward her goal, even when she wavers, and has the knowledge to work around bumps in the road. Such as her not perhaps being entirely honest about her goals. 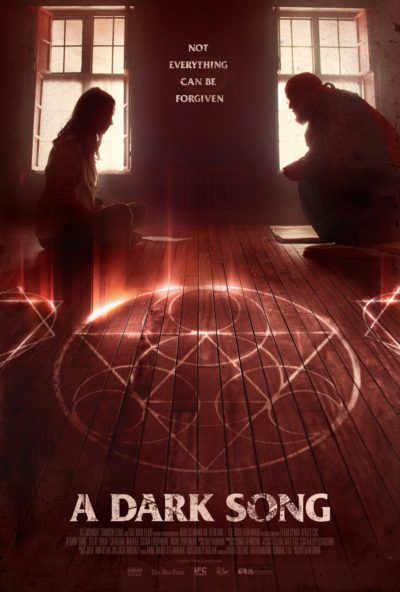 This was, interestingly, inspired by Aleister Crowley’s attempt to carry out the same ritual in Boleskine House, near Loch Ness, before World War I. He was unable to complete it, and the area has reportedly been plagued by odd occurrences ever since. The house was subsequently owned by Jimmy Page, then burned down in an unexplained fire. Anyway: back in Wales (or, at least, Ireland standing in for Wales). The film does lose its way somewhat when Joseph ceases to take an active part in it. The down to earth approach goes out the window, largely replaced with the kind of paranormal shenanigans you find in less thoughtful movies, and it’s less interesting as a result.

As Chris mentioned when all had been said and done (mostly said), you could argue whether or not this should be classed as a horror movie. There are only a few moments of threat, and you can make the case it’s more of a thriller. Albeit not a particularly thrilling one either. Yet calling it a mere drama would seem to be underselling this severely, considering the subject matter is definitely genre friendly. It’s probably best not to get caught up in such things, and simply call it a good movie – at least for the first 80 minutes. What follows can’t undo what has already been done. However, it does stop this from reaching the cult classic level, to which it was heading, up until things go at least somewhat off the rails.