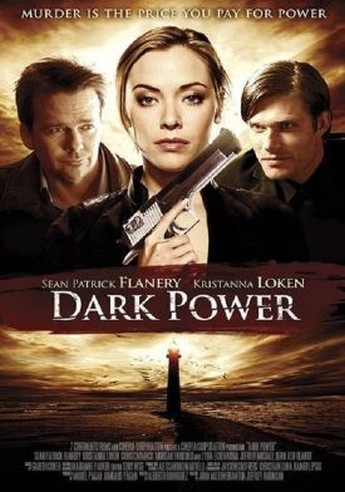 Oh, dear. I knew Boston had its issues, but this is apparently a city where ski-mask clad villains can roam the streets, abducting people and staging running gun-battles without the police apparently being too concerned. Mind you, it’s also a place where the mayor can be gunned down in City Hall, along with an utterly irrelevant comedy-relief night watchman, without the city going into immediate lockdown as a result. [The marathon bombing which took place a few months before this came out – straight to DVD, natch – shows a more likely reaction, albeit one far beyond the capabilities of this movie] The investigation here appears to consist of two people: federal agent Mila Driver (Loken) and local detective with a fondness for hookers, John Archer (Flanery). Leading the parade of murky figures who might be involved is Durant (Carmack), who… Who… Sorry, drifed off there for a bit. To be frank, I wasn’t paying enough attention by the point his motivation was revealed, to be able to spoiler it.

Despite a semi-decent cast, there is almost no other aspect of this film that even reaches barely acceptable, and both Flanery and Loken appear to be sleep-walking through their roles, vaguely embarrassed to be there. The script is probably the main problem, shoveling political corruption, secret societies, a convenient photographer who catches incriminating evidence, and god knows what else into the storyline. None of this is laid out in a way that makes for the slightest interest, and there are occasions – such as the alleged TV report of the mayor’s death – that are laughably inept. Proceedings stumble from ludicrous contrivance to implausible idiocy, with bad guys who can only hit a target when its essential to the plot. Let this be a lesson to all: Kristanna Loken with a gun on the cover, does not make a good movie. Consider that a moral painfully learned, but at least I enjoyed the nap.