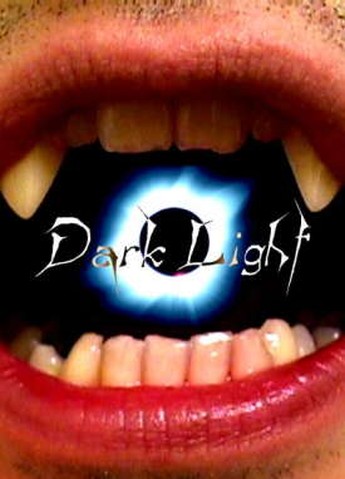 The second mini-feature from Midnight Pictures, operating out of Portadown in Northern Ireland, is certainly a bigger and more ambitious picture than their first, Zombie Genocide. Technically, it’s more savvy, even incorporating aerial footage – yet I get the feeling, there’s also something missing. Watching Zombie, you could see both the severe restraints under which the production was filmed, and the fabulous ways through which Midnight worked round them. This time up, the restrictions are less, but so is the ingenuity. [This is why Bad Taste is much more fun to watch than The Frighteners]

Can’t knock the central premise though, which is inventive and well thought-out. The Army create a team of three vampires for undercover missions, only for the trio to escape; the hero (Barton) has to track them down, despite getting the proverbial mushroom treatment from his soldier boss (Sloan). Most of the actors are pretty good, with Sloan impressively slimy – if you are working on a secret Army project, and the boss invites you to meet him at a quarry…find something else to do. There is at least one FM!RT! moment [in case you don’t know, the last three words stand for “…me! Rewind that!”] for which you can only applaud Barton. I hope for his sake, it didn’t require many takes. It’s things like that which keep you watching, with energy and enthusiasm papering over the inevitable cracks more than adequately. 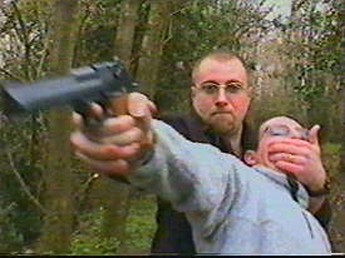 What needs much more development are the vampires. Supposedly, they have phenomenal powers, yet these are never shown except in the clumsiest manners – the opening sequence, showing one escaping, looks like a cliche with its security guards who never look in the right direction. Even some slow-mo would have helped. The chase sequences also go on well beyond what is interesting, and in some ways, the plot is constructed backwards; once you’ve seen it all, things make much more sense. Why are the vampires content to amble away at a pace comfortable for the hero? It is explained, yet until then, elements like this just seem infuriating. That “difficult second album” syndrome clearly has its equivalent in movie-making (ask Tobe Hooper!),

Still, there’s easily enough potential to keep Midnight Pictures in the fore-front of British amateur film-makers, most of whom are content to make shorts. By nailing their colours to feature-length work, Midnight show ambition, and if Dark Light falls somewhat uncomfortably between zero-budget and low-budget, I’m still looking forward greatly to their next work, Encounter at Black Ridge.