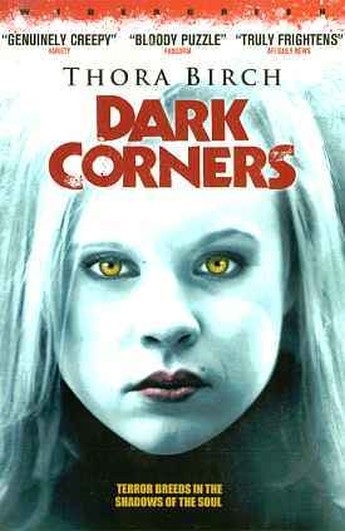 I wanted to like this more, but the further I got in, the greater my feeling it wasn’t going to deliver any significant payload. And that’s exactly what transpired: I think I spotted the ending about an hour in (the line of dialogue which clued me in, was replayed as the last one in the film), but it’s so muddied I can’t be certain. Anyway, Birch plays two roles; blond Susan, brunette Karen, who are each dreaming of the other’s very different life. Susan is struggling to have a child; Karen lives in a dark, twisted world and works as a mortician. Both are being stalked by a serial killer. So who’s actually asleep and what is real? It’s a great idea and, even with the vague ending, would have made an excellent 20-minute short. Pity it’s actually 92 minutes long.

That’s really the main problem; once the basic premise is established, the film doesn’t know what to do with it. The serial killer threads never really come into full play, and other elements (such as Susan’s pregnancy and a hypnotherapist) are equally underdeveloped. There’s no denying Gower’s visual style, which owes a lot to David Lynch, and I enjoyed the unsettling imagery, with good use of colour and music to create a disquieting atmosphere. Birch is very good, in two wildly opposite roles, and that helps keep the film watchable. However, there’s not nearly enough substance to back up the ambience, and the result is something which doesn’t live up to its potential. You might be best off to stop before the end, since the feeling of “Is that it? You’ve got to be kidding…” generated there is palpable. It’d certainly have helped if Gower the director had fired Gower the writer.