There’s a famous copy-pasta on the Internet which begins, “What the fuck did you just fucking say about me, you little bitch? I’ll have you know I graduated top of my class in the Navy Seals, and I’ve been involved in numerous secret raids on Al-Quaeda, and I have over 300 confirmed kills. I am trained in gorilla warfare and I’m the top sniper in the entire US armed forces,” then goes on at length in similar vein. Schiena appears to be the legitimate version of that, perhaps the closest thing around to John Wick made flesh. 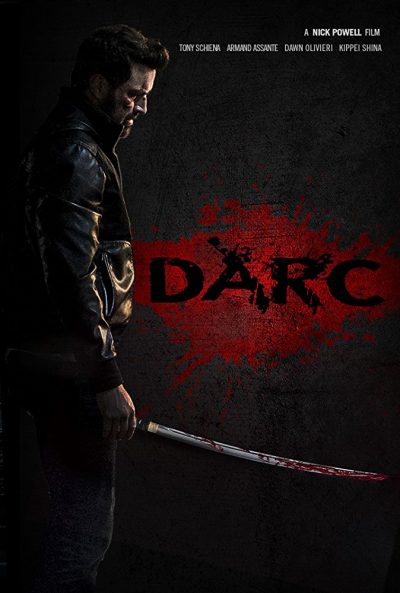 A former member of South African intelligence, his Wikipedia page – which barely mentions acting – says he “has since served in various capacities in the private security sector as well as aiding government and various law enforcement agencies,” including training Kurdish fighters against ISIS. Oh, yeah: and he’s a former World Karate Champion, forced out of the sport after breaking both his ankles in an accident. So: genuine bad-ass. I’m reluctant to say anything even slightly negative about this, which Schiena also co-wrote. Because if inclined, he could use his very particular set of skills to track me down and kill me, without breaking a sweat. Fortunately, it’s not bad: almost painfully straightforward, to be sure, and affected with too much hyper-kinetic style in the action scenes. Given the star’s credentials, the latter is disappointing, but likely hangs more off the director. Otherwise, it’s a perfectly serviceable piece of entertainment, content to go from A to B, without worrying about what C might involve. Please don’t kill me, Mr. Schiena.

It kicks off with a young boy watching as his mother, a hooker in Japan, was killed by members of a Yakuza gang. Years later, he’s all grown-up (Schiena) and has taken the identity of Darc, a comic-book hero of his youth. Getting out of jail, he’s contacted by his former employer, Lafique (Assante), who wants him to rescue Lafique’s kidnapped daughter. Darc is unimpressed, until he’s told the kidnappers are the same Yakuza gangsters who killed his mother. What are the odds? Time to infiltrate the gang, after rescuing the head’s scion (Ikushima) from a biker beatdown, while simultaneously finding time to develop a relationship with next-door neighbour, Ivy (Mulligan). And by “infiltrate,” I mean 97 minutes of near-continuous cracking of heads.

Yeah, subtlety is not this film’s strong suit. Nasso’s background is as a producer, with a number of Steven Seagal films on his resume, and this offers much the same, direct approach. That includes a brawl in a strip-club where the pole-dancers continue their acts, oblivious to the mayhem erupting around. You can only admire such commitment. Similarly, Schiena comes over as a cross between Russell Crowe and Gerard Butler, though considerably more taciturn than either. This is probably for the best, though it’s not exactly the kind of vehicle which will test anyone’s dramatic range. Nor, thinking about it, is this actually a great advertisement for Schiena’s day job, running security company MOSAIC. For let’s just say, the survival rate of people he knows is kinda low… Of course, it inevitably leads to where it has inevitably been going. And I wouldn’t have it any other way.