I’ve been seeing more and more of this kind of production of late: a limited number of characters in a confined location. I’m pretty sure these are all made to work around the potential problems of COVID, etc. Which is fair enough, except you still need to make sure your story is able to sustain the audience’s interest. That isn’t the case here – I liked the film much better, the first time I saw it, when it was called Misery. It’s also one of those where the same person wrote, directed and starred in the movie. If you genuinely are the best person you know for all three of those jobs, then I think you probably need to get out more.

Benny (Conn) is biking his way along mountain roads, when he is ploughed into by a car. We’re immediately aware something is up with the driver, Greta (Freeman), because rather than calling for help or taking Benny to hospital, she ships the injured biker off to a nearby cabin. Greta gaslights Benny into waiting for her “uncle” to show up, and her behaviour becomes increasingly erratic towards her guest. Turns out their highway encounter was not an accident in the slightest. Greta isn’t Greta, and nor is Benny, Benny. There was a previous incident, which set each of them on the way to their collision. Greta, who was never the stablest sandwich at the picnic, seeks to punish Benny for what she believes to be his unpunished crimes. 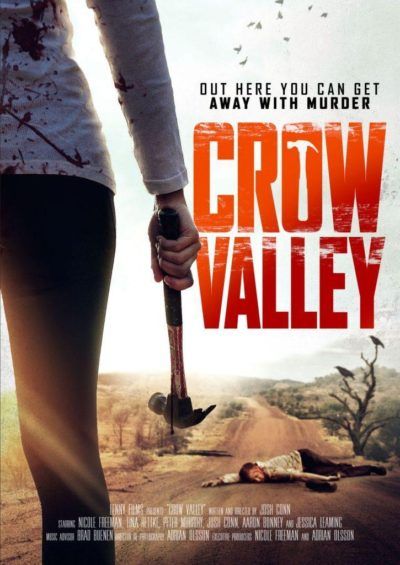 This doesn’t so much proceed as plod along, checking off escape attempts and unwanted visitors, while attempting to fill in the back stories of both main characters. It might have worked better if the film had started off by fleshing them out before throwing them together. Instead, we’re left wondering why we should be bothered, as the script slowly doles out the information we need. By the time this eventually arrives, it was too late for me. The moral question at the movie’s core appears to be one about redemption: who decides what is sufficient compensation for your actions? Except that – while I might be going out on a limb here – I suspect the correct answer is likely not, “a hammer-wielding fruitcake who is off her meds.”

With these weighty questions answered, it ends up, likely as predicted, in Benny and Greta rolling around on the kitchen floor, fighting for possession of the Psycho™ carving knife. The main thing you glean is an appreciation of how much Misery was reliant on the abilities of James Caan and Kathy Bates, and the chemistry between them. Take that away – or, at least, replace it with the discount-store version on both sides – and the results are something best suited to have on in the background. Attention is not only optional, you should easily be able to find better things to do with your focus. If not, then you probably need to get out more too.