This one almost became a rare “did not finish,” having failed to generate any interest 30 minutes in, so I stopped it and went off to do something else. It was only saved due to an awkward chunk of free time, too short to watch a full film, but just the right length to finish this off. The movie gods work in mysterious ways, for this did improve. Oh, it’s still not great. It’s meandering, badly-structured, offers no resolution and leaves the viewer with little more than an emphatic sense of “Meh”. It proves that good intentions are not enough to make a good movie. There’s no doubt the makers genuinely want to address the serious topic of military PTSD. Yet if anything, I was left less sympathetic than I was going in.

It’s a swing and a miss from the beginning, not even bothering to name the two main characters, who are called “Our Sergeant” (Nowlin) and “The Fisherman” (Lipinski), a mis-step which immediately distances the audience. Sarge has just come back from her tour of duty to her oddly apathetic husband, Rusty (Sullivan). It slowly becomes clear she has been damaged by her experiences, though this is a more understated version of PTSD than the movies usually deliver. She mows the lawn in the middle of the night, and will go off at an unexpected hug. The Sergeant gets a job, but simply walks away, opting to take refuge at a summer camp she attended as a child. 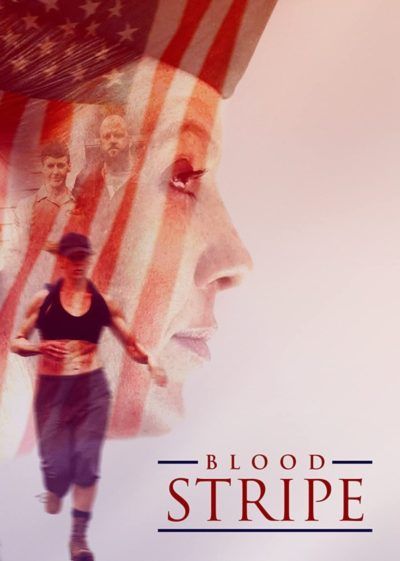 There, she meets Mr. Fisherman, who is there as part of a church retreat, and… Well, to be honest, nothing much happens. It feels for a while that the film is suggesting that all you need to cure PTSD is chill out by a lake, engage in hard, manual labour, and get in touch with your inner self. Perhaps hang out with some religious folks (including director Auberjonois in a startlingly bad supporting role: never attempt to be the comic relief in your own film). Except it’s two steps forward and one step back for the Sergeant. Her paranoia is triggered by a pair of stereotypical rednecks – pickup driving, heavy metal listening – who, to her, are acting suspiciously. Sadly, they’re not.

I get the message that PTSD is an ailment for which there is no easy cure, and I can believe this a fairly realistic depiction of a messy and complicated situation, without resolution. However, real life and cinema are two entirely different things. You can’t just dump the former onto the latter, and expect it to work, without structure and development. The redneck confrontation is the closest this comes to having that structure, and is such a damp squib, you wish they hadn’t bothered. The Sergeant’s relationship with The Fisherman – who has problems of his own – is another element that dead-ends, leaving them little if any further on their character arc. If I had not restarted this, my degree of loss would have been at the “Contains traces of regret” level.