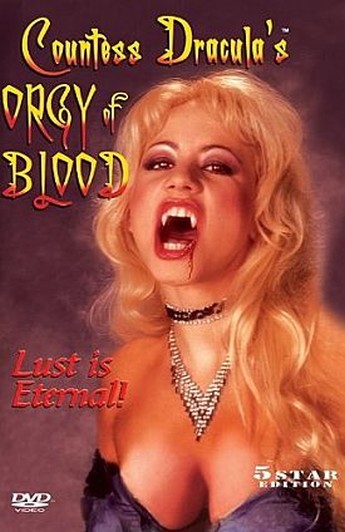 This starts a hundred years ago, with priest Father Jacinto (Spanish horror icon Paul Naschy) staking vampire Lord Ruthven (Roberts) and his sister, Diana (Gilbert). A century later, Count Dracula (Clay) decides to bring ’em back; while he succeeds, Ruthven is unable to drink blood unless it has been filtered through another vampire first. He sends Diana out, and she finds the modern era very much to her tastes, best described as “predatory lesbian”, so begins chewing her way through various strippers, hookers, etc. The vampire woman loved by both Ruthvan and Diana, Roxanne (Johnston), is still alive – or maybe it’s a reincarnation, I’ll admit I was loading the dishwasher at that point – so they both set on in pursuit. However, their failure to be appropriately low-profile provokes the ire of Dracula, who realized reviving the siblings might have been a mistake sends his own minions to restore the status quo.

Concentrating far more heavily on the “orgy” front than the “blood” one, this is not much more than a thinly-disguised excuse for a lot of lesbian canoodling. Not that I’d be averse to this kind of thing, except that the bleached-blonde Gilbert and her silicone breasts are singularly unsuited for the role of a 19th-century vampire. If they’d shuffled round the casting on the female side, it might have worked better, but by the end I’d seen more than I ever want to see of Gilbert, as well as muttering sarcastically, “Oh, look – her top has come off…” around five million times. As a horror movie, it… Well, it basically doesn’t exist at all, despite the presence of Naschy and an early shot which looks to be trying to re-create the famous promotional still from Lust for a Vampire. The swing and miss which results, is an appropriate summation of the film as a whole, with a vampiric montage in the middle the only sequence which succeeded in holding my attention. Flat and uninteresting, though only half of that can be said for the actresses.