I’m a sucker for a good religious apocalypse film. Hell, as my love for The Omega Code will attest, I’m even more of a sucker for a bad religious apocalypse film. This leans more towards the former; both the religious and apocalyptic elements are significant, yet not overpowering: it certainly isn’t 2012-styled disaster porn. Tom (Bacic) and Gillian (Holly) live on an isolated farm with their son, Graham (Heppell), and watch with some discomfort on TV as the cities descend into chaos and the weather goes insane, too. Their concern is disrupted by the arrival on their doorstep during a  storm, of a stranger on the verge of collapse. 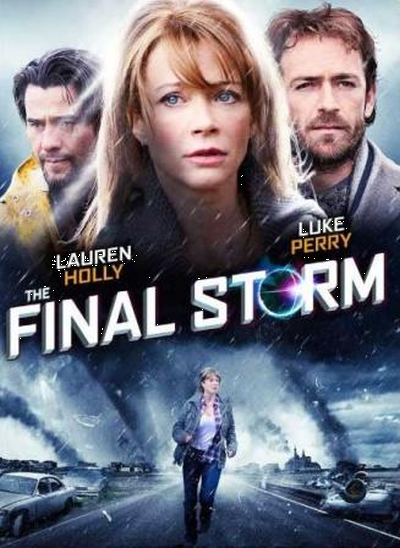 He is Silas Hendershot (Perry), a polite, well-spoken young man with a fondness for Biblical scripture. Gillian takes to him, and insists he stays until things blow over, but Tom is less impressed, believing there’s something not quite right with their new visitor. However, concerns there have to go on the back-burner, as their neighbours have vanished. And when the family makes it into town, it is almost completely deserted too. Was there an evacuation and they missed it? Or is there something more apocalyptic happening?

Used as I am to Uwe’s more action-oriented works, this was a lot more restrained, especially once you get past the fairly gratuitous sex-scene near the start. If you missed the opening credits, this could be completely unrecognizable as an entry in the Boll filmography. Perry’s performance is solid, and pitched at the right level; while it was clear to me that Silas is a fruit-cake, I tend to think that of anyone who quotes the Bible. Rural isolation + religious fundamentalism = a particularly bad idea, as you’ll know if you’ve seen The Passion of Darkly Noon or Roman’s Bride.

However, I can see why his hosts are somewhat distracted, though I do have some questions, such as regarding the lack of cars in the town? If it’s some kind of rapture-esque event, did everyone have to drive to heaven?  I did like that the script didn’t lay everything out for the viewer in simplistic terms, and except at the very end, it’s less about the apocalypse than how people would react to it. Much as in Night of the Living Dead, a theme is that, in the event of an external threat, that might not be the biggest peril – others facing the same threat may be a greater danger. Even an an agnostic, I appreciate the even-handed treatment of religion: both Tom and Seth have faith, in their own ways.

There’s a nice sense of escalation towards the ending, though I wasn’t quite as satisfied with that final reel. Things seem to get a little out of hand, and the movie is at its best exuding quiet menace, not shouting at you as the world goes down the plughole. which, while the jury may be out on whether it works (or even makes sense), is certainly one you’ll remember.