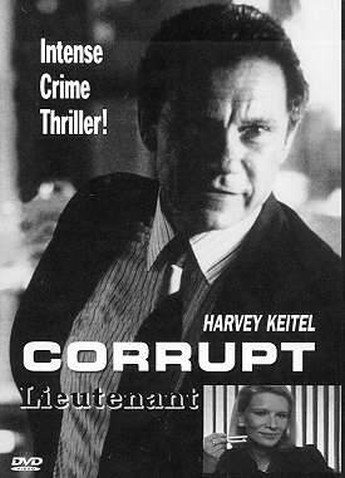 Given the obvious cash-in title, and that the DVD was bought for the princely sum of $1.62 in Walgreens [imagine an American version of Woolies, if you will], this is bloody good. In what could well be a precursor to Bad Lieutenant, Keitel is dodgy cop O’Connor who finds his crimes catching up with him, and gradually dragging him down with the persistence of an anchor. In this case, they take human form, a young man (Lydon) calling himself “Fred”, who turns up unannounced, in O’Connor’s flat knowing a few too many dirty secrets for his own good – not least the flat itself, bought with dirty money. But is Fred quite what he seems? And what of his claim to be the killer who is going through the narcotics squad, one member at a time?

Keitel is his usual, immensely watchable self; the real surprise here is Lydon. Calling what he does here “acting” is likely a push, but he’s perfect for a character who is playing the role of an agent provocateur – like Lydon has done, for most of his life – sneering out lines like, “I think we should get a television”. He pushes O’Connor’s buttons impeccably and their scenes together, as they struggle for the psychological upper hand, are the highlight of the film; fortunately, they’re plentiful. I’m far less convinced by Garcia, as the wife of O’Connor’s partner, and while the ending is effective, it may or may not be logical. However, with the previous 100 minutes so enjoyable, I’m easily prepared to cut this some slack and not look any closer.