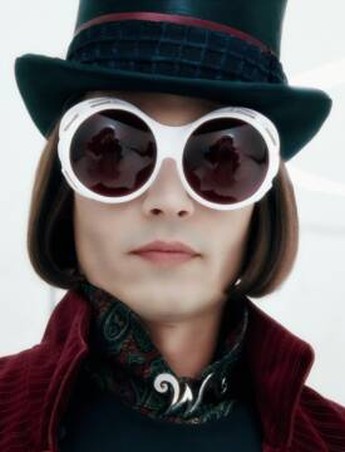 While a solid enough adaptation, I don’t really get the feeling there’s much of Tim Burton in this movie – unlike, for example, Sleepy Hollow. It is, of course, radically different to the musical starring Gene Wilder, which removed much of the edginess from Dahl’s work. Wonka, as portrayed here, is a lot creepier, to start with, and as played by Depp comes across as almost Michael Jackson-esque, making the film a cautionary tale about the dangers of wealth when unfettered by a conventional moral compass. Of course, the whole thing is pretty much a cautionary tale – I trust I need not trouble you with a plot description – though in this incarnation, Charlie comes across less as “nice” than utterly bland, with all the personality of a bowl of cabbage soup.

It looks totally fabulous, however, with the factory a work of genius, like something designed by a very hungry Salvador Dali. The effects, too, are seamless, whether it’s 300 midgets (all the same guy, Deep Roy) doing song and dance numbers, or 300 squirrels disposing of a spoiled brat. It’s also very cinematic, which is fine by me; while there aren’t many movies which need to be seen on a big screen this year, this one probably counts. But I just didn’t feel this has much I wouldn’t have got from reading the book – save perhaps another case of Burton’s father fixation, with Wonka now having a dentist dad, played by Christopher Lee. And surely the point of any adaptation, is to bring something new or fresh to the work. That may be what prevents this from achieving true greatness.