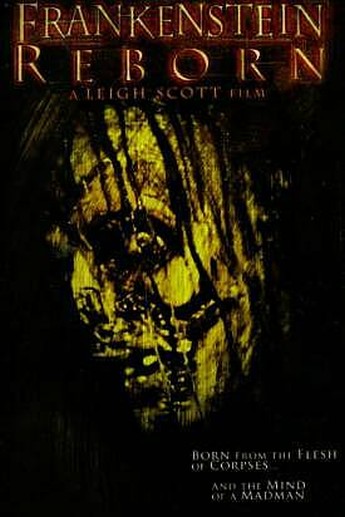 In this updated version of the tale, Giles plays Victor Franks, telling his story to a shrink while under psychiatric observation after his arrest for murder. Much as in the original, it’s progress gone awry, with Franks initially using nano-technology to repair a paraplegic, before moving on to the re-animation of corpses. Giles brings just the right tone of malevolent intelligence, in a portrayal of the scientist here that’s less sympathetic than usual. He shoots the experimental subject when he tries to quit, and has a fondness for coke and (mildly) kinky sex that’s perhaps a nod to the whole laudanum-crazed Shelley and Byron thing – see Gothic for details – but the rest of the cast don’t make much impression.

The gore, however, is plentiful and effective, and the look of the film is nice and lush; the monster (Hebner) owes more to Hammer’s version than Universal, and is certainly a creepy creation. While there are some nice nods to the book, such as the beast befriending a little girl, the plot has troubling gaps – in this universe, no-one seems to lock their doors, allowing the monster idiotically easy access; and why is the little girl locked up in the same asylum as Dr. Franks? Also, the audio seemed all over the place; at one point, even two sides of the same conversation were loud and soft, necessitating much fiddling with the volume. Still, this will be an entertaining diversion, if you ever read Mary Shelley’s story and thought, “Well, it was okay, but needed lesbians.” And, hey, which of us hasn’t?